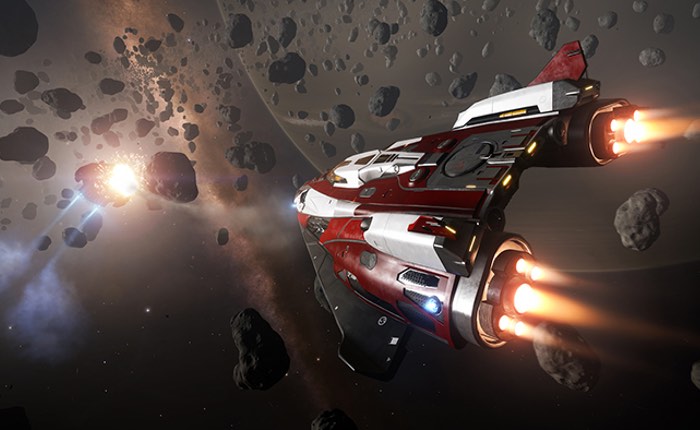 Today both Oculus and the development team behind Elite Dangerous the critically acclaimed space adventure created by Frontier, will be joining Eve Valkyrie and will be available when the Oculus Rift is launched later this month on March 28th.

Unfortunately though to be able to get your hands on an Oculus Rift on launch day, you needed to already place a pre-order for the hardware via the Oculus website. Placing a preorder now for the virtual reality hardware was shipping sometime during July of this year.

Frontier was one of the earliest Kickstarter backers and developed Elite Dangerous with VR in mind. It also supports cross-platform multiplayer, which means you can explore the galaxy with players across Oculus, consoles, PC, and Mac.

Elite Dangerous is a AAA game that combines the open-world depth of an MMO with a player-driven narrative and realistic combat simulation. Set in a futuristic, cut-throat version of our own galaxy, Elite Dangerous starts things off with your own starship and just a few credits – from there, it’s up to you to become a superpower amongst the galaxy’s elite. The Elite Dangerous universe is even more fun in VR, with billions of star systems to explore, dozens of ships to pilot, and countless battles to win.

All current Elite Dangerous and Horizons season pass owners can get the Oculus version for free!