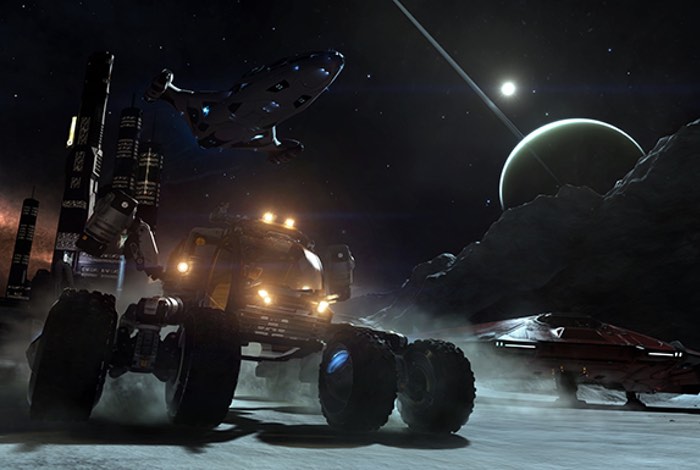 Xbox One gamers patiently waiting for the arrival of the new Elite Dangerous Horizons expansion will be pleased to know that the games developers Frontier have today announced that it will be available to enjoy on Microsoft’s next-generation console from June 2016 onwards.

Elite Dangerous Horizons for Xbox One will launch in Q2 of 2016 and feature both 2.0 Planetary Landings and the upcoming 2.1 The Engineers expansions, check out the new announcement trailer below to learn more and see it in action.

400 billion star systems at an incredible 1:1 scale, with a full galactic and technological simulation based on real scientific principles. Fight, trade and explore the galaxy in style. Choose from hundreds of paint jobs for your ship and adorn your dashboard with Bobblehead companions, available now in Elite Dangerous for Xbox One.

Elite Dangerous: Horizons is a new season of major expansions for the Elite Dangerous galaxy. Blaze a new trail today with Planetary Landings, and experience new ways to play as the season continues with Loot and Crafting, Multi-crew co-op, Commander Creation and more to come. The community takes Elite Dangerous to greater heights. Take part in Community Goals, where players cooperate en masse to reshape the galaxy. Create or join one (or more) of the thriving Community groups, where you and like-minded Commanders can play how you choose.

For more information on the new Elite Dangerous Horizons expansion jump over to the official game website for details following the link below.