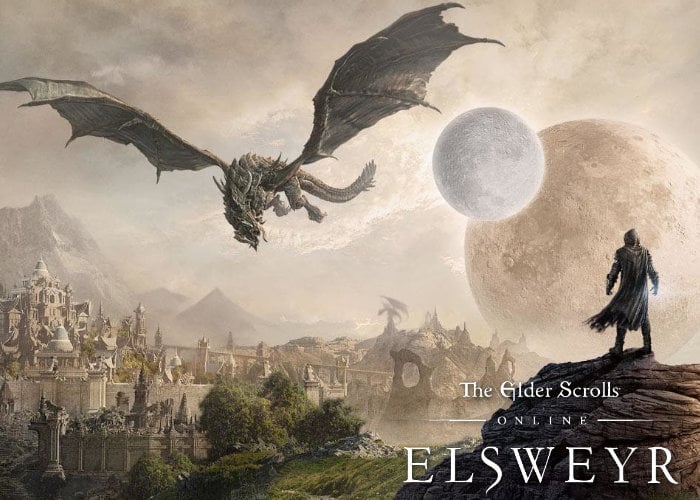 Ahead of the official launch taking place in a few weeks time on June 4th, 2019 the latest chapter Elsweyr for the Elder Scrolls Online game is now available to play on PC and Mac thanks to early access for all those who pre-ordered the chapter. Elsweyr will be available to play on the Xbox One and PlayStation 4 from June 4th 2019.

If you haven’t yet pre-ordered the expansion you still have a chance with the reward of immediate access on PC and Mac systems. “Pre-purchase The Elder Scrolls Online: Elsweyr now to gain immediate access to the otherworldly Rahd-m’Athra Mount, the base Elder Scrolls Online game, and both the Morrowind and Summerset Chapters, and receive the Noble Clan-Chief costume, a Blue Dragon Imp pet, a Baandari Pedlar Crate, and more when Elsweyr launches.”

A new class is also being added to the game in the form of the powerful Necromancer. “All of Tamriel’s dead are a resource for you to manipulate and exploit, as nothing is forbidden for those who seek to master the dark arts. The Necromancer Class brings a new kind of tactical play to The Elder Scrolls Online, allowing you to summon the undead and make use of corpses in order to overwhelm your enemies and empower your attacks. When playing as a Necromancer, you must carefully position yourself and your Abilities for maximum effect, giving this new Class an especially tactical-but-deadly playstyle.”

“A rage of Dragons threatens Elsweyr, and the embattled Khajiit struggle to protect their ancestral homeland from their fury. In ESO: Elsweyr, the newest Chapter in The Elder Scrolls Online saga, you must help the Khajiiti people and their defenders face ancient winged beasts in an epic main story, challenging 12-player Trial, and exciting overland Dragon Hunt events.”