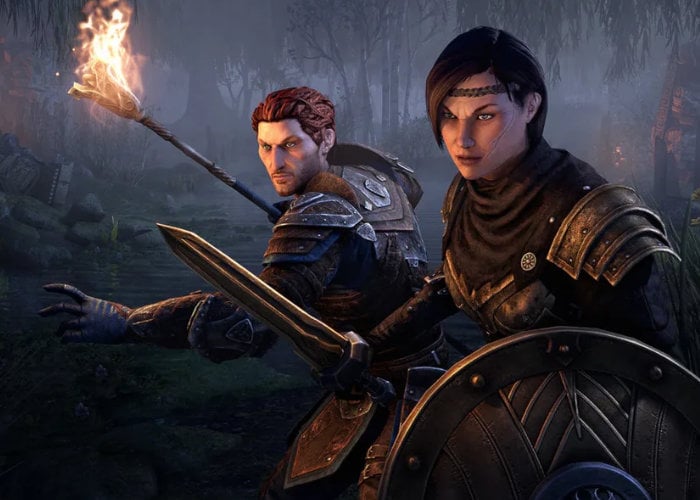 Dominic Davies Content Manager at Zenimax Online Studios has taken to the official PlayStation blog this week to reveal more news about the upcoming Elder Scrolls Online’s new year-long saga, Gates of Oblivion. The Elder Scrolls Online Blackwood expansion will be available to play from June 8th 2021 onwards and is now available to preorder. The expansion will offer you a diverse region that is home to both ambitious Imperials and the stalwart Argonians, in Blackwood, you will investigate a dark conspiracy that threatens this unique land and uncover the Daedric forces influencing events from Oblivion itself.

“Part of the Gates of Oblivion year-long adventure, the Blackwood Chapter is an important part of this year-long saga that continues throughout all of 2021. Of course, you don’t need to have completed any of the previous content to enjoy the standalone tale found within Blackwood as you contend with would-be tyrants and unravel Daedric manipulations.”

Check out the Elder Scrolls Online: Gates of Oblivion official cinematic trailer below to learn more about what you can expect. If you preorder before March 17th you will be rewarded with a Nightmare Bear Cub Pet, which will only be available as a prepurchase reward. Pre-purchase The Elder Scrolls Online Collection: Blackwood now and you’ll also get immediate access to the Base Game and all previous Chapters.

“While set 800 years before the events of The Elder Scrolls IV: Oblivion, if you’ve played the classic Elder Scrolls game, there’s some parts of Blackwood that you might find familiar, and some parts brand new.”

“Blackwood features the city of Leyawiin as its central hub, and its rough layout is the same as it is in TES IV. Also, as you progress east through the zone, you will discover Gideon–a city that hasn’t been seen in an Elder Scrolls game since The Elder Scrolls: Arena back in 1994.”