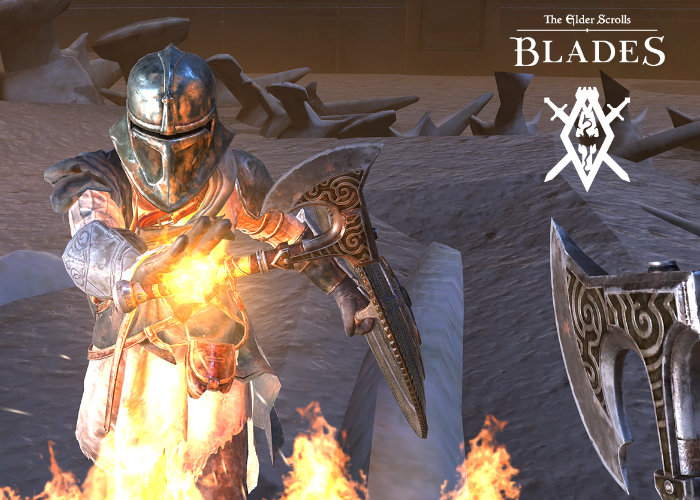 Bethesda has released a new update for their mobile Elder Scrolls Blades game in the form of update 1.5 which brings with it a number of new tweaks, enhancements and fixes including the removal of the annoying Chest Timer feature and adding PvP combat. Check out the announcement trailer below to learn more about all the new improvements rolling out with the update 1.5 patch.

Bethesda explains more about what you can expect in the latest update to their mobile Elder Scrolls game. “With our biggest update to Blades yet, you’ll find significant (and community-requested!) changes and additions to the game. Update 1.5 completely removes Chest timers, majorly overhauls the loot, opens the Arena for PvP combat, and enables you to join guilds alongside your fellow Blades. Update 1.5 also fixes bugs and balancing issues, includes new features, and incorporates new improvements—such as limiting all elemental-enhanced attacks, so enemies no longer cause multiple types of elemental damage. “

– No More Chest Timers: That’s right—all Chest timers have been completely removed. You’ll no longer wait to find out what treats await you in every Chest. Plus, you’ll receive a full Gem refund for Gems you spent upgrading your Chest capacity.
– Major Loot Overhaul: You’ll see more loot from more enemies, every job now has a Boss at the end who may drop Legendary equipment when you defeat them, more breakable objects with more loot, and so much more!
– PvP Combat: The Arena is open! After unlocking the Arena automatically at level 5, you can combat other players in best-of-3 matches and fight for glory.
– Guilds: Create or join a guild of up to 20 fellow Blades, where you can engage in private chat and visit your guildmates’ Towns to buy from their merchants.