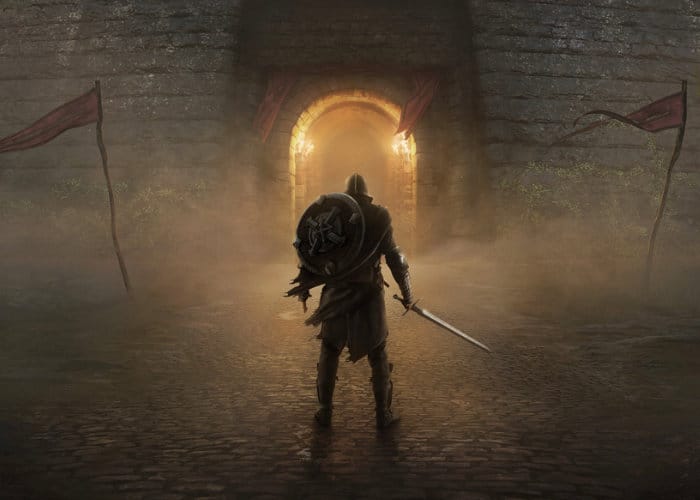 Elder Scrolls fans and adventures looking for a way to enjoy a little first person action and role-playing from their mobile device. May be interested to know that during this year’s E3 2018 games event, Bethesda has unveiled a new mobile adventure in the form of Elder Scrolls: Blades.

Blades is an all-new Elder Scrolls game that will be free-to-play on iPhone, iPad and Android devices and those interested can now pre-register online until Friday, June 15th 2018, for a chance to be part of The Elder Scrolls: Blades’ Early Access program and to receive an exclusive sword and helmet follow the link below for more information.

“Whether you’re journeying through the single-player campaign, going for your personal best in the Abyss or striking down real-world challengers in the Arena, Blades features multiple ways to play – both in terms of your hero and your personal control preferences.

Blades supports both a two-handed landscape control scheme and a one-handed portrait setup, should you need a free hand to enjoy a cup of coffee or discreetly slay some goblins during a dull meeting. All you have to do is rotate your device!”