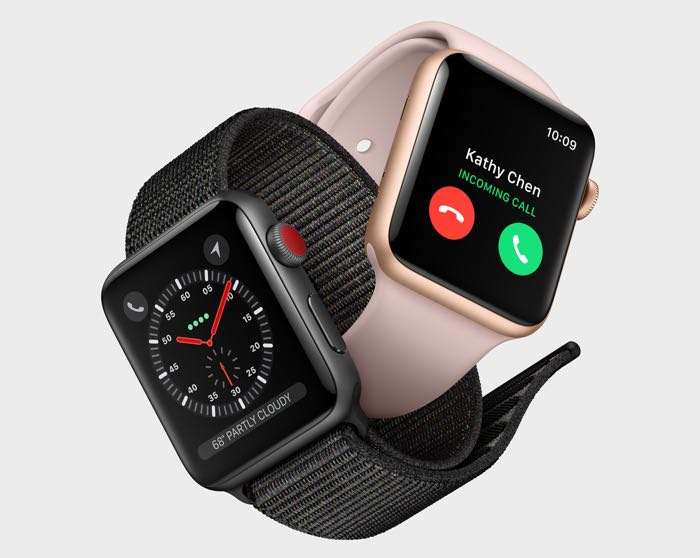 UK mobile carrier EE has announced that they will be the exclusive partner with Apple for the LTE Apple Watch Series 3 at launch.

EE have said that pre-orders of the new Apple Watch Series 3 will be available from this Friday and the smartwatch will launch on Friday the 22nd, which is exactly the same as Apple. The carrier has not announced any pricing for the smartwatch as yet.

Apple today introduced Apple Watch Series 3, adding built-in cellular to the world’s number one watch. Whether users are out for a run, at the pool or just trying to be more active throughout their day, Apple Watch Series 3 with cellular allows them to stay connected, make calls, receive texts and more, even without iPhone nearby. The third-generation Apple Watch is an amazing health and fitness companion with intelligent coaching features, water resistance 50 meters1 and a new barometric altimeter that measures relative elevation. Apple Watch Series 3 comes in two models, one with GPS and cellular, and one with GPS, both featuring a 70 percent faster dual-core processor and new wireless chip.

The new Apple Watch Series 3 is also expected to be made available with more mobile carriers in the UK at a later date, it is not clear on how long EE will have the exclusive for.