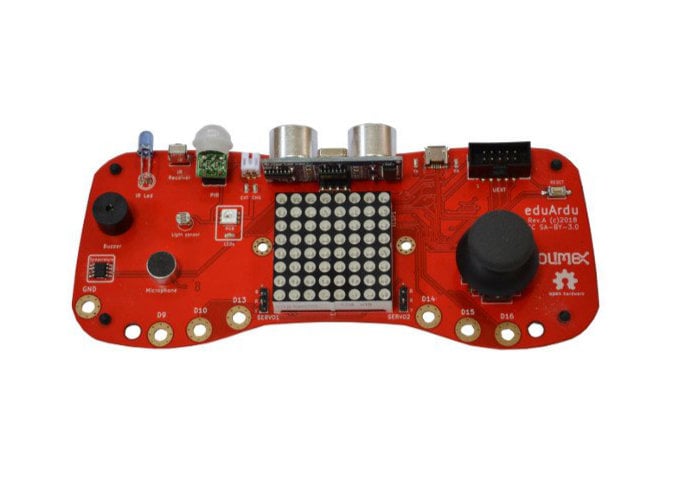 If you would like to learn the basics of Arduino programming the eduArdo Arduino development board may be a good place to start and is available to purchase price of just €15. Watch the demonstration video below to learn more about quick projects you can create using the eduArdo and a little Arduino code.

“eduArdu is all in one educational board with lot of sensors which allow step by step entry in programming. It works with Arduino IDE as Arduino Leonardo and all features has demo and libraries. eduArdu has extension for Snap4Arduino and allow all board features to be programmed in visual way. eduArdu-QS (quick start) includes not only the board but also two servo motors, LiPo 1400mA battery, USB A-Micro cable, seven crocodile with 1 meter cable for makey makey like buttons implementation.”

Features of the eduArdo Arduino development board include :