In preparation for the launch of the new Earth Defense Force 2025 game which has been developed by Sandlot, and published by D3 Publisher. A new trailer has been released for the game whetting your appetite for the imminent release in Europe of the follow-up game up to Earth Defense Force 2017 which was launched back in 2007 for the Xbox 360. 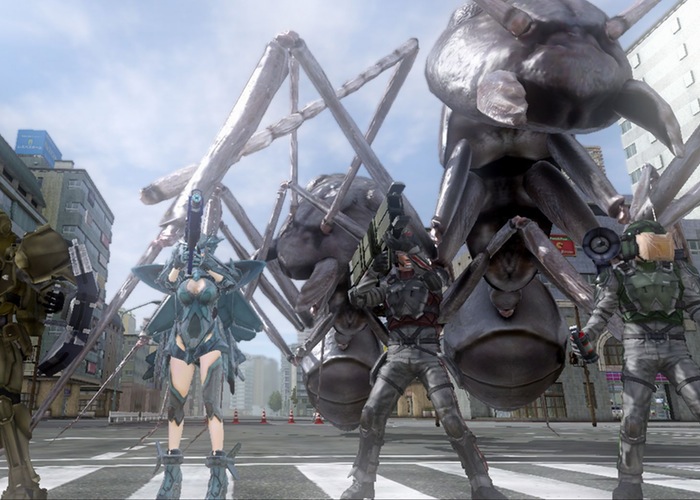 Earth Defense Force 2025 is a third-person shooter where players take control of a soldier in one of the 4 available classes with vehicles and mechas available to cause extra damage and destruction.

“The game takes place across levels featuring destructible environments, taking place in settings such as cities. There is no penalty for collateral damage that is inflicted on the environment by the player, for instance when buildings crumble after sustaining a few hits from a rocket launcher or grenade. Other EDF soldiers can be recruited or followed, and attack enemies on sight, as well as provide radio chatter.”

“The Earth Defense Force, a unified multinational military sponsored by nearly every country, is founded after detecting an impending alien visit in case the aliens prove to be hostile. In the year 2017, that proved to be true and the EDF fought against the Ravagers, an alien race that attacked Earth with giant insect-like creatures, UFOs, robots, and gigantic, 120 foot tall lizard-like creatures.

Eight years after defeating the last Ravager in Arizona, they attack again with new creatures, evolved from their underground nest. Among them is the Retiarius, a spider-like creature which makes gigantic spider-webs, and giant bees. In the year 2025, the EDF must protect the Earth again from the alien invaders”