A couple of weeks ago Sony updated its terms of service of its PSN service to stop its users being able to file lawsuits against Sony if anything were to go wrong again. As it did when Sony’s network was hacked and left 70 million Sony users personal information exposed. Now EA has also followed suit and amended their terms of service for their online Origin digital download service to bock similar action by its users if anything should go wrong. 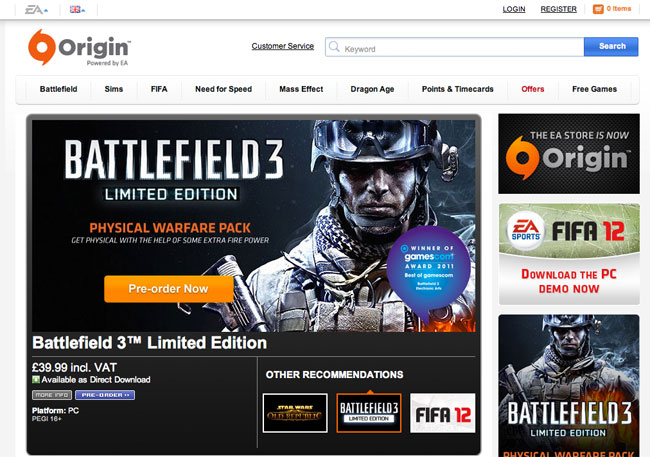 In signing up with Origin you agree to “waive the right to trial by jury” as well as “foregoing the right to sue in court,” and that you will only bring a claim against EA as an individual “not as a plaintiff or class member.”

“YOU UNDERSTAND THAT BY THIS PROVISION, YOU AND EA ARE FOREGOING THE RIGHT TO SUE IN COURT AND HAVE A JURY TRIAL.”

By implementing the new changes EA has basically stopped any large payouts and was rolled out on August 25th. Read more about the alterations over on the Kotaku website.