The Volocopter is designed to hold two people, and will be capable of traveling distances of up to 100km with a flight altitude of 6500 feet, it comes with an automated control system, which means that it is capable of flight without a pilot. 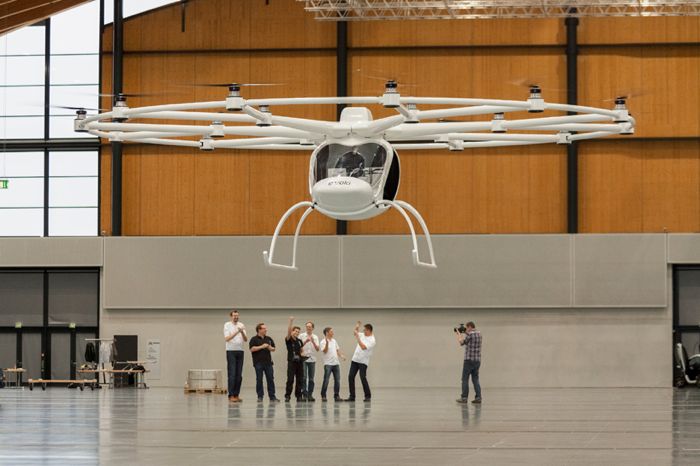 The E-volo Volocopter is controlled by a range of built in computers and it also has a range of sensors, and has six rotor arms that are powered by different energy sources. 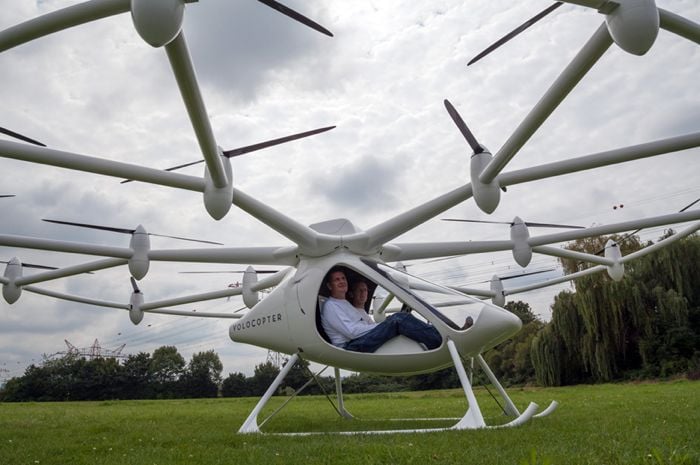 Each of the six rotors are individually controlled by 20 different computers, and it features 6 different battery blocks, that have a reserve capacity of 50 percent, should 2 of the blocks fail, the Volocopter can still make a safe landing. 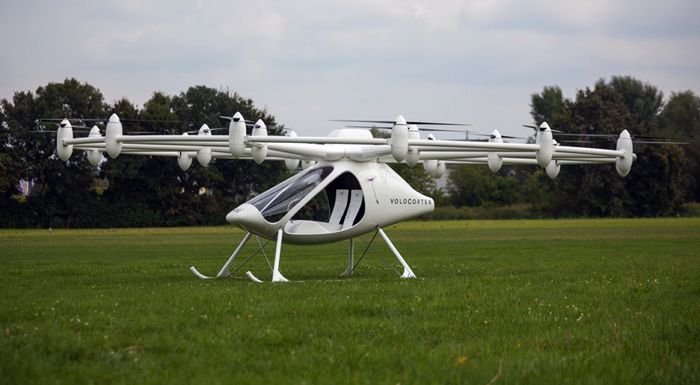 E-volo’s Volocopter is a revolution in aviation Made in Germany. Safer, simpler, and cleaner than normal helicopters, it has a unique way of moving – a groundbreaking innovation.The Volocopter is an environmentally friendly and emission- free private helicopter.

You can find out more details about the E-volo Volocopter over at E-volo, it certainly looks very interesting from the photos and video.