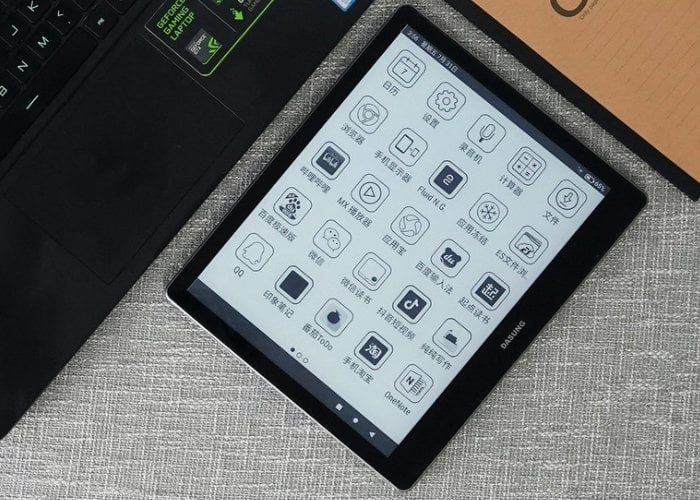 A new E Ink tablet has been launched via Kickstarter this month in the form of the Dasung Not eReader 103. The unique tablet is powered by a Qualcomm Snapdragon 660 Chip supported by 4GB and 64GB of onboard storage and runs Android 9.0 Open System and equipped with a 6400mA battery.

Other features include Bluetooth, WIFI, Multiple-point Touch, speaker and mircophone, quick charge, hand and pen “Double Touch”, 4096 Wacom Pen Pressure, support for TF Cards and OTG Function, as well as being compatible with most devices. 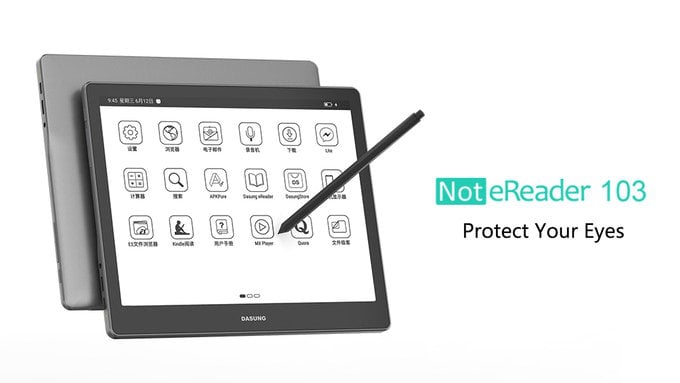 “Connected to a computer with HDMI interface. You can smoothly browse websites, edit documents, write codes, read PDF, edit spreadsheets, watch lecture, videos and track stocks. It supports mirror＆extended display, freely switch between horizontal＆vertical screens which satisfy all your demands of working, studying and for entertainment purposes. Under Windows system, you can use touch screen function to operate your computer, very convenient.”

“”Not-eReader 103″ implements ambient light-reflective E-ink technology, which has been widely used in e-readers such as Kindle, boasting high reflectivity, wide viewing angle, high contrast, high resolution and visibility. “Not-eReader 103” displays like a printed newspaper, yet features the mobility of a screen, which solves the troubles caused by strong light and strobing. It is the perfect E-ink tablet which allows you to stave off damage to your eyes caused by LCD screens while working, studying and being used for entertainment purposes.”