This funky bracelet concept designed as a solution to the  ongoing problem of charging your mobile phones while on the move. Allows the user to create their own energy then charge their gadgets.  The device surface produces electricity in the ambient air and stores it in a Li-Po battery pack which can be used to charge a mobile phone or other mobile gadgets. 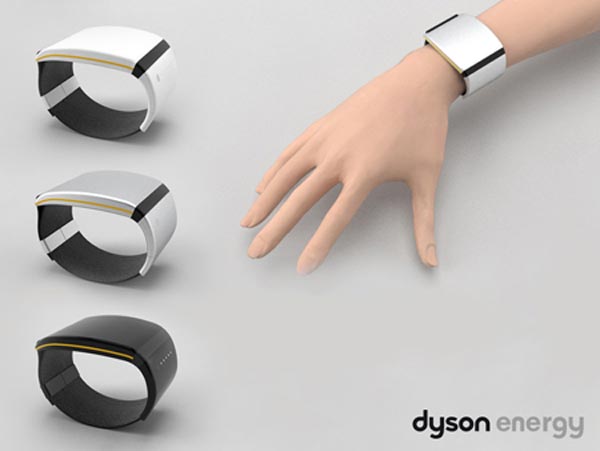 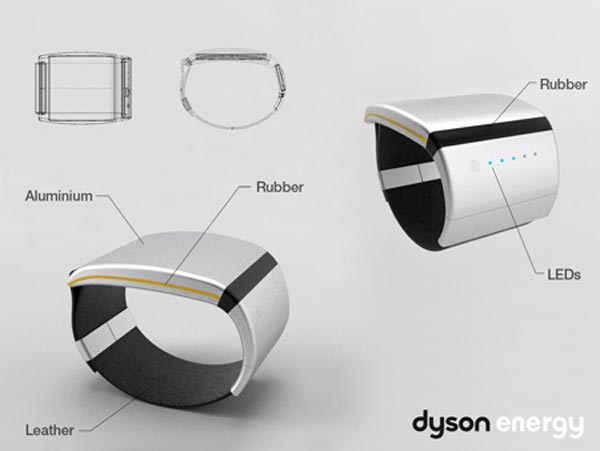 Thanks to the Seebeck effect, the temperature difference between the surface which touch the skin and the other which is in the ambient air allows to produce electricity that is stocked in a battery. When the user needs to recharge a mobile device, he plugs it into the Dyson Energy through a micro-USB port (universal connector imposed to constructors in 2012) and can have some additional minutes in use.