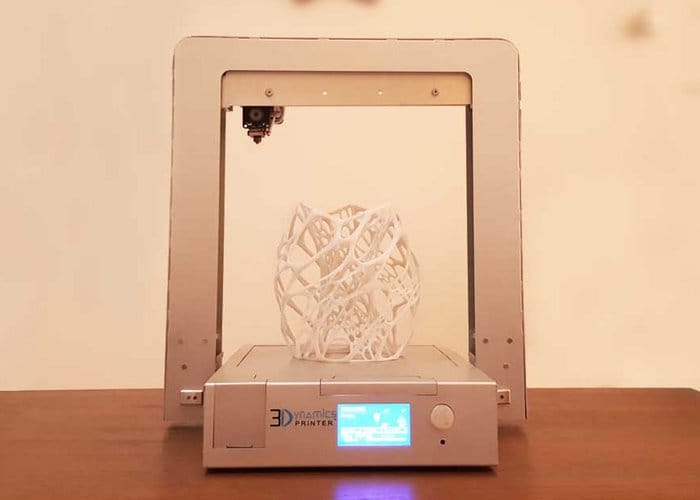 Elate Technologie located in Singapore has created a new 3D printer which is now available to back via Kickstarter from just $105 or roughly £152. Watch the demonstration alone to learn more about the desktop 3D printer and laser engraving machine aptly named the Dynamics 3D Printer. Designed to provide an affordable, compact, large print volume device offering users superior print accuracy the Dynamics 3D Printer is hoping to raise just over £78,000 over the next 50 days.

“As a technology company, engineers, inventors, teachers, student & makers, we use 3D printer frequently for prototyping, be it teaching, making new thing, artworks and many other stuffs and we are frustrated with the limitation of most 3D printers on the market. Dynamics 3D printer is unlike any other printer before, it is created with all the advantages in mind, “

For full details, 3D printer specification comparisons and a complete list of all available pledges jump over to the official Kickstarter campaign page by following the link below. “Dynamics 3D printer is a new era of 3D printing machine with unique design and better functionality that utilises innovative mechanism functionality. It is Light, Small, yet with large print volume that outperformed many established branded printer on the market.”