Samsung and Apple are in the middle of a number of lawsuits around the world, and now a Dutch court has ruled in Samsung’s favor, a court in The Hague has decided that Samsung’s Galaxy Tab tablet does not infringe on the design of Apple’s iPad.

The Dutch court ruled that the Samsung Galaxy Tab 7.7, Galaxy Tab 8.9 and the Galaxy Tab 10.1 do not infringe on Apple’s design for the iPad, the court also looked at recent rulings from the British court which also ruled in Samsung’s favor. 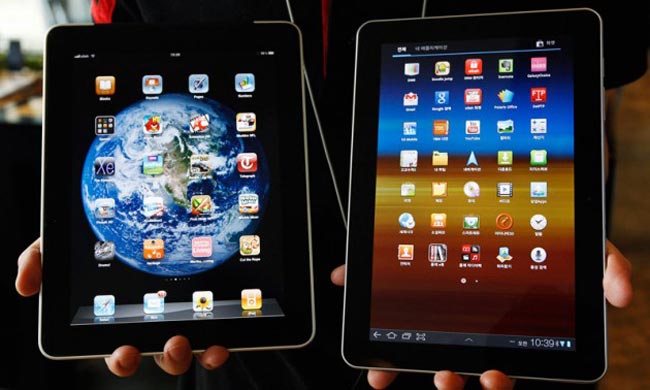 Samsung may have won this one, but the two companies are still engaged in a number of different lawsuits, and we are still waiting to find out what is happening with the $1 billion in damaged that Apple was awarded by Samsung in a US court.