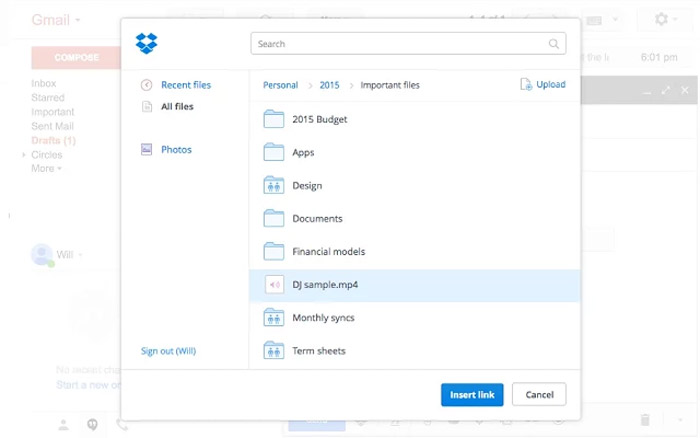 A new Chrome extension has landed in beta for users of Gmail who are also heavy users of Dropbox. The Chrome extension is called Dropbox for Gmail Beta and it brings an improved ability for users to use Dropbox within Gmail so they don’t have to go to different windows for linking and sharing files.

The extension adds a Dropbox button to the Gmail Compose window making it easy to send links shared via Dropbox in emails. Users can share large files and save space inside their inbox. The extension also has a Recent Files tab that gives quick access to files you have used recently. A search tool is also integrated that makes it easy to find files you want to send if you have lots of Dropbox files.

The extension also allows users to see rich previews of Dropbox links that are shared in emails. Attached files can be downloaded directly via Gmail or saved to the user’s Dropbox account. The Dropbox for Gmail Beta Chrome extensions is available to download for free on the Chrome Web Store right now. It launched this week and is a small 51.94kb file.