Dropbox the great file syncing software has officially exited beta and reached version 1.0.  The Dropbox software has been in public beta for over two years, and an iOS app of Dropbox came out about a year after the public beta began.

The new version of Dropbox includes major performance enhancements and the developers have completely re-architected the client-side sync engine to optimise the response time, scale, and resource consumption. 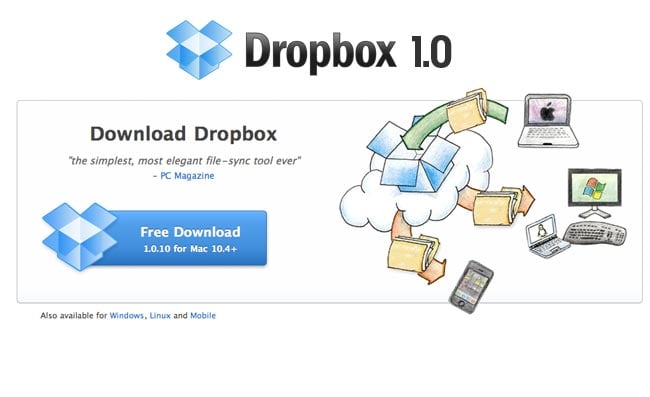 The new version also includes a feature called Selective Sync that allows you to select certain files, excellent if your hard drive is a little too small to take your full Dropbox library or if you just want a few files to sync to your works computer, this can now be accomplished easily with Dropbox 1.0