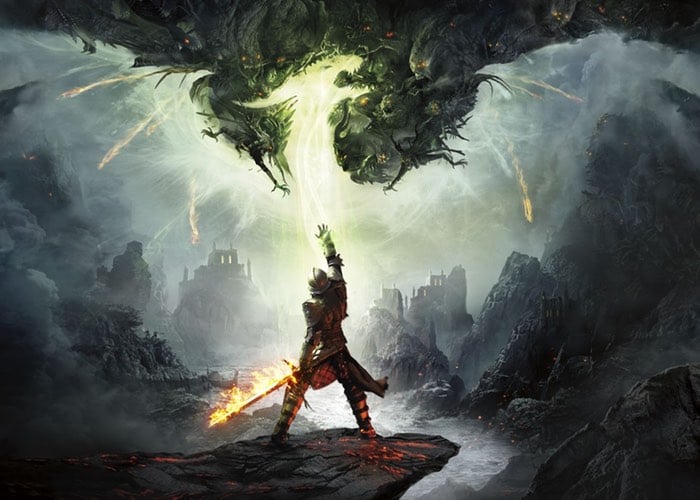 Gamers patiently waiting for the arrival of the new Dragon Age Inquisition Game Of The Year Edition will be pleased to know that the game has finally arrived on both PlayStation 4 and Xbox One consoles.

The Dragon Age Inquisition Game Of The Year Edition, includes the game that has won over 130 Game of the Year awards, together with the official add-ons in the form of Jaws of Hakkon, The Descent, and Trespasser.

– Become the Inquisitor- Create your character and lead a team of unique heroes on a perilous journey through a beautiful, open world. Tough choices define your experience, and even one decision can change the course of what’s to come. – Jaws of Hakkon – Discover the fate of the last Inquisitor and the powerful dragon he hunted. – The Descent Go underground to reveal the source of mysterious earthquakes threatening Thedas.
– Trespasser – Decide the Inquisition’s final fate as new threats emerge.
– Deluxe Upgrade, Spoils of the Avvar & Spoils of the Qunari – Customize your Inquisition with specialized gear, legendary weapons, diverse mounts, and unique Skyhold elements to personalize your home base.