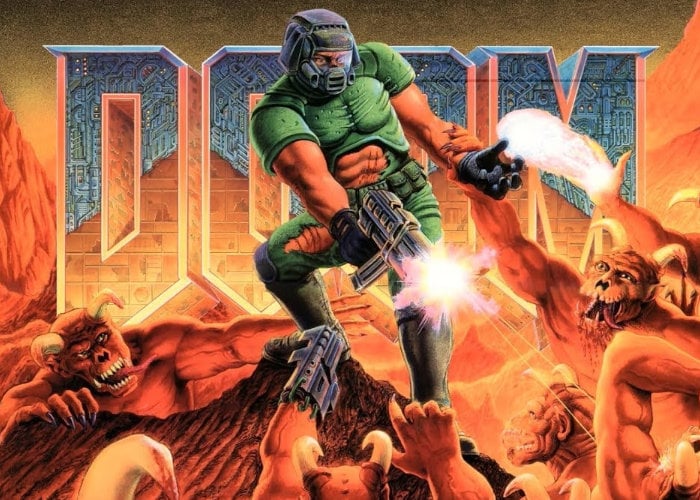 Some lucky Chromebook owners can now download and play the original iconic DOOM game and also DOOM II. To see if you are eligible for the offer jump over to the Chromebook Perks website by following the link below. The Elder Scrolls: Legends Fall of the Dark Brotherhood expansion is also listed as free for some Chromebook owners.

“Doom is a 1993 first-person shooter (FPS) game developed by id Software for MS-DOS. Players assume the role of a space marine, popularly known as Doomguy, fighting his way through hordes of invading demons from Hell. The first episode, comprising nine levels, was distributed freely as shareware and played by an estimated 15–20 million people within two years; the full game, with two further episodes, was sold via mail order. An updated version with an additional episode and more difficult levels, Ultimate Doom, was released in 1995 and sold at retail.

Doom has been ported to numerous platforms. The Doom franchise continued with Doom II: Hell on Earth (1994) and expansion packs including Master Levels for Doom II (1995). The source code was released in 1997, inspiring further adaptations. Id returned to the franchise with Doom 3 (2004), a horror-focused retelling using the id Tech 4 engine, followed by a 2005 Doom film. A new series, returning to the fast-paced action of the originals, began with the 2016 reboot Doom, followed in 2020 by Doom Eternal.”