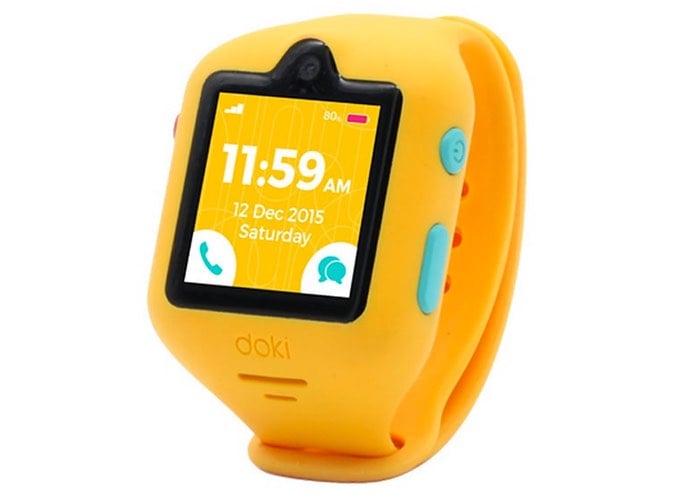 Doki Technologies has launched a new smartwatch for kids called the dokiWatch which has been launched over on the Kickstarter crowdfunding website and has already blasted past its $20,000 pledge goal with still 29 days remaining on its campaign.

The dokiWatch allows children to make video calls and is a wrist worn wearable phone, GPS locator fitness tracker and even includes a digital friend called the dokiPet. 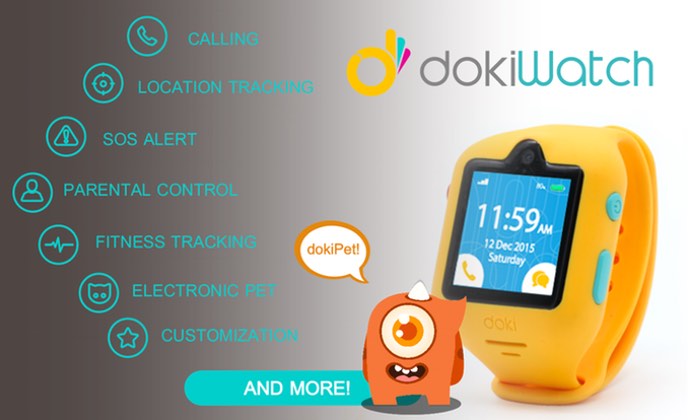 Watch the video below to learn more about this new smartwatch for kids that allows parents to keep in contact with the children wherever they may be thanks to the companion smartphone application which is available for both Android and iOS devices.

Doki Technologies more about the inspiration functionality and design of their new smartwatch for kids.

dokiWatch comes with important safety features including GPS tracking, which enables parents to know the whereabouts of their children right on their smartphone. The electronic pet, or “dokiPet”, doubles as a fitness tracker to encourage kids to stay active and healthy by utilizing fun incentives such as achievement badges.

Not all kid are ready for smartphones yet. With dokiWatch, kids can have an active childhood while parents can enjoy the security of knowing that they’re safe.

For more information on the new dokiWatch jump over to the Kickstarter website for details via the link below and make pledge from $99.