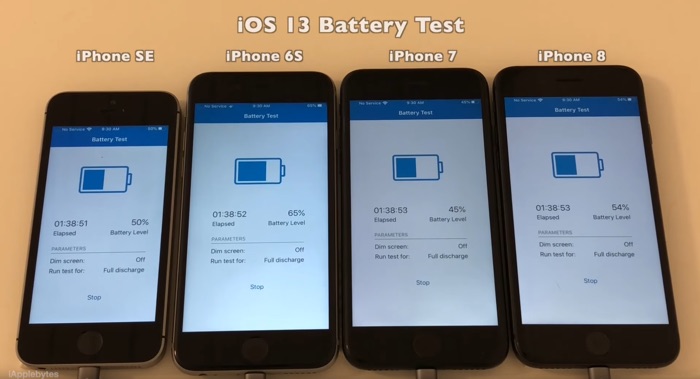 Apple’s new iOS 13 is here, we are also going to be getting iOS 13.1 and iPadOS next week, this will be released on the 24th of September.

Now we have a video from iAppleBytes that compared the battery life between iOS 13 and and iOS 12.4.1, the tests are run on the iPhone SE, iPhone 6S, iPhone 7 and iPhone 8.

As we can see from the video there were some improvements on some devices, this include the iPhone SE and the iPhone 7, overall it would appear that there are no major battery life improvements in the new OS.

iOS 13.1 is coming next week and it will be interesting to see if this will bring any improved battery life to Apple’s range of iPhones.