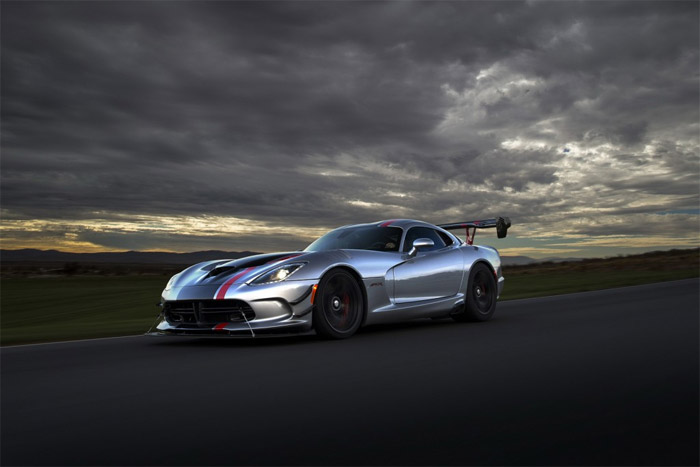 The Dodge Viper has always been a very fast car with a massive V10 under the hood. Dodge also has produced a special version of the Viper in the past called the ACR, which is a version of the Viper hopped up for use on road racing circuits. Dodge has announced that the 2016 Viper will have an ACR version available and it comes with a host of upgrades aiming to make this the fastest Viper out there.

The aerodynamic upgrades for the car include an Extreme Aero Package claiming to produce the most down force available on a production car. Dodge is also fitting the 2016 ACR with carbon ceramic brakes with 6-piston calipers and special high performance tires. The extreme aerodynamics of the car is enough to produce a ton of down force at 177mph, the top speed of the car.

Dodge also fits the car with coilover Bilstein shocks with ten settings and up to three inches of height adjustment. The tires are massive Kumho Ecsta 19-inchers and are 295/25 front and 355/30 in the rear. All the suspension, aero, and tire features claim 1.5Gs in high speed turns. Some features are stripped to save weight with the stereo getting only three speakers, lightweight carpet, and manual seats.