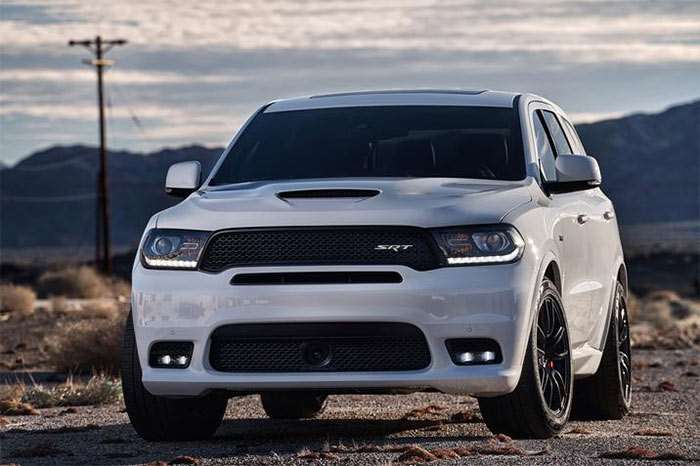 Dodge has announced the official starting price of the Durango SRT sports SUV. The Durango SRT is said to be the fastest and most capable three-row SUV in the US. It can say that because the Grand Cherokee SRT is only offered in a 2-row setup.

The Durango SRT gets the same 475hp HEMI V8 under the hood that the Grand Cherokee SRT gets. Dodge says that the NHRA has certified the Durango SRT as the fastest 3-row SUV in all the land with a quarter mile run of 12.9 seconds and 0-60 mph in 4.4 seconds.

The Durango SRT can also tow 8,700 pounds. To set the SRT apart from the standard Durango, it gets a widebody design on the exterior, special SRT hood, standard leather and suede interior, and more. The SUV also comes with a one day coaching session at the Bob Bondurant driving school. Durango SRTs will land in Q4 2017.