Doctor Who has become hugely popular since the series was relaunched a couple of years ago, along with its popularity we have seen a number of Doctor Who themed gadgets released.

The latest one is this fun Doctor Who Sonic Screwdriver which will definitely appeal to all the Doctor Who fans out there. 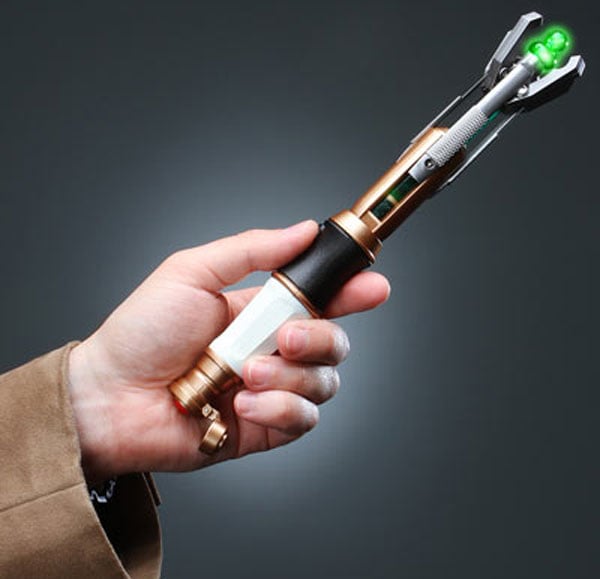 ‘This collector’s item is an exact replica of the Gallifreyan multipurpose tool used by The Doctor himself. He’s had many sonic screwdrivers throughout his life and they’ve all been a little different. This particular model is a bit larger than the old one and has a bright green light.’

If you want one, the Doctor Who Sonic Screwdriver is available for $25.99 from Thin kGeek.