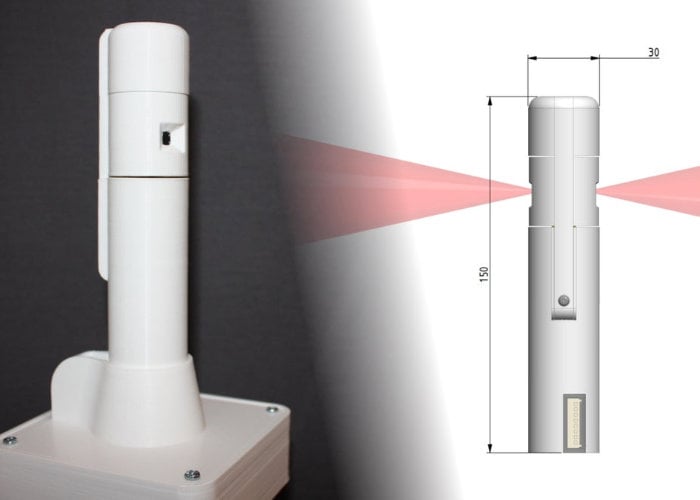 If you are interested in building your very own mini DIY LiDAR sensor for less than $40, capable of detecting objects in a 360° area, you may be interested in a new Arduino Instructables project published by Daniel Hingston. 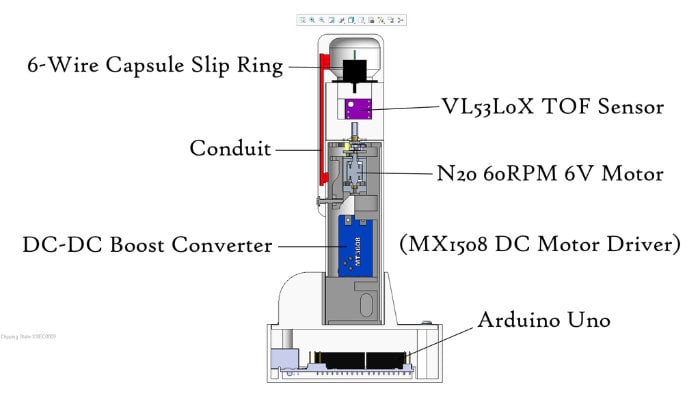 “In this Instructable we’re going to build a budget spinning LiDAR sensor, powered by Arduino. It cost less than £30 to build ($40) and has a diameter of only 30mm (1.18″). It uses two sensors, diametrically opposed to each other, to double the scanning rate, and is suitable for mounting on top of a small robot. All parts are 3D printed and are suitable for small 3D printers too.”

“Basic and widely-available components are used throughout, and cost is minised by the omission of any form of encoder. This would be use to measure the rotational angle of the scanning head. Instead, a pillar is within the scanning arc of the sensors; from this the rotational angle of the head can be calculated by recording when the sensor detects the presence of the pillar, and then calculating the rotational speed and hence angular interval between distance measurements.”