Blame Conan Chen for this bizarre take on the classic game. Sure, the graphics are poor but judging by the photo evidence you can still have a blast on Tetris via Kinect. Or should it be Kinetris? 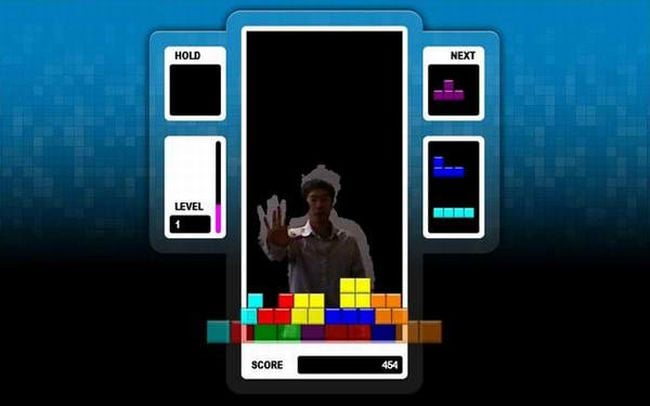 Kinetris it is. What makes the Kinetris experience different is the player decides when to fit the lock onto the base. Unlike in the original, all the block shapes just descend, descend, descend, ultimately leaving you to scramble for the right configuration until they’re in place. Not so with Chen’s baby.

The Kinetris diverges from the original by letting the player manipulate the shapes and then place them on the base. This means the time pressure is gone but the brain torture is still there. Come to think of it, removing the element of inevitableness actually diminishes the excitement, don’t you think? Is Tetris still fun if you’re not sweating under pressure?

Anyway, word’s out Chen can be reached by interested parties for a source code. Who knows, maybe this will be fun if done by two or more players. (Who might come to blows cos they can’t decide which block shape goes where.)