As you can see from the photos below, Both Iron Man and War Machine did a bit of sight seeing on their trip to London. 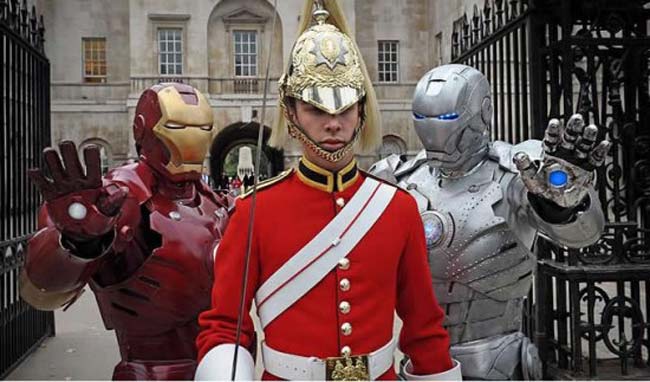 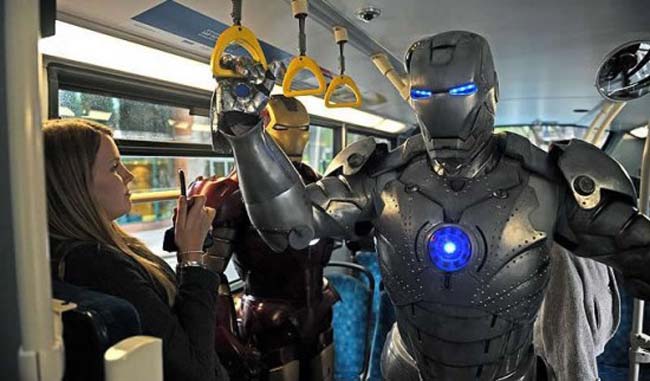 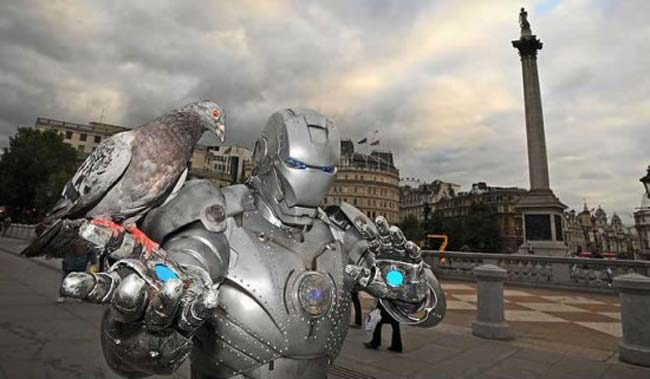 John is a sculptor who makes costumes for the movie industry and has worked on films like Gladiator, it took  him about a year to make the two costumes from a combination of plastic and fiber glass.