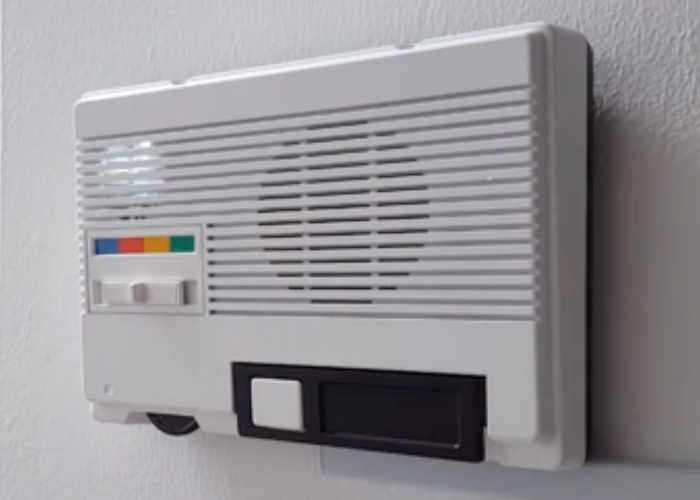 Maker Martin Mander has combined a Raspberry Pi and Google AIY together with an old intercom system to create an awesome and very affordable retro styled Google Home system.

Watch the video below to learn more about the DIY Google Home and see it in action using the antiquated 1986 Radio Shack intercom is a fantastic and very unique casing.

This is a 1986 intercom that I’ve converted into a wall-mounted Google voice assistant, using a Raspberry PI 3 and the Google AIY (Artificial Intelligence Yourself) kit that came free with issue 57 of the MagPi magazine. It’s a Google Home style device with a retro feel!

It uses the Google Assistant to answer questions and perform actions, using IFTTT to integrate with smart home accessories and other web services. A modern assistant with a classic twist! The Pi’s Google AIY HAT (Hardware Attached on Top) is at the core of this project, and it’s awesome that it came free with the MagPi magazine.

I’d never heard of it until I read the announcement on Twitter the day the magazine came out, prompting an excited lunchtime dash to “Big Sainsburys” to get one before they sold out. There were still three on the shelf and I half-wish I’d bought them all, but it feels better to know that more Pi fans are having the same fun with it as me!

To build your very own its creator has kindly published everything to an Instructables which is located at the link below.