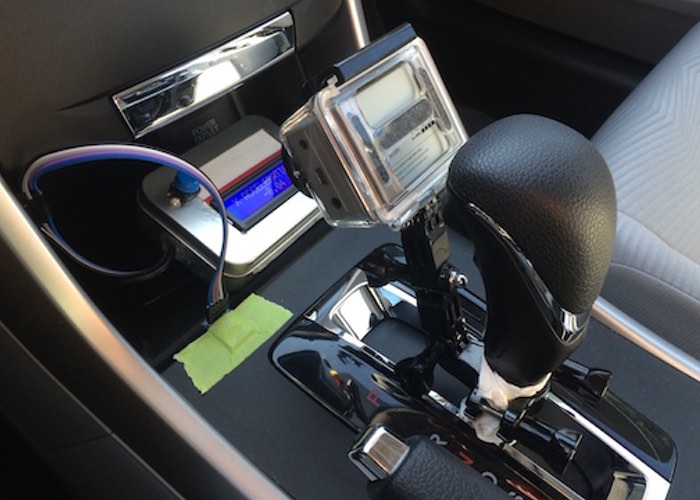 If you however wondered just how fast your car really is, you might be interested in this DIY Arduino G Meter which has been created using a Arduino with an accelerometer and a small LCD display to show the results.

Once attached to your car you can then see just how much G your experience at full acceleration. The creator of the Arduino project explains more about its inspiration and construction.

As an automotive enthusiast and a mechanical engineer, I had a poor physical understanding of G’s. Sure, I’m experiencing 1g as I’m standing upright, but how many G’s did I experience as I came to a quick stop in LA traffic? To gain a better physical understanding of G’s, I built this device. The accelerometer module was attached to a relatively level surface in the car using masking tape. The device is powered via the car’s USB port.

For full instructions on how to create your very own DIY Arduino G Meter jump over to the creators Imgur website via the link below. If you enjoyed this article you are sure to enjoy how to build your very own Arduino wind speed meter or anemometer project which is easy to build with basic Arduino skills.