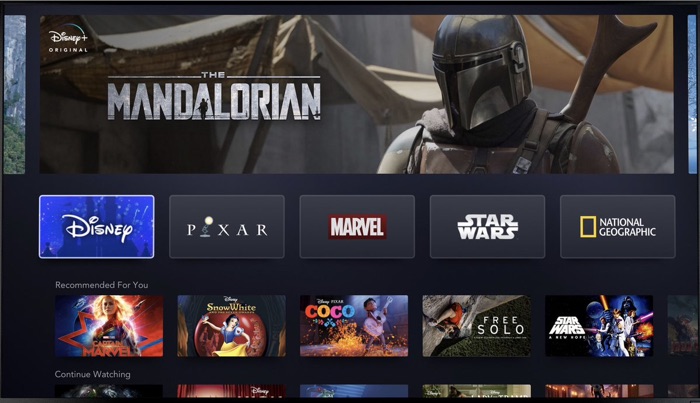 Disney has revealed that its new streaming service will be launching in November it will be called Disney+ and it will cost $6.99 a month.

The picture above is a screen shot of the new Disney+ app that was shared on Twitter by the company’s CEO, Bod Iger.

Disney+ will be available on a wide range of devices including smart TVs, Apple and Android devices, game consoles and more.

It will feature content from Disney, Star Wars, Marvel, National Geographic, Pixar and this could end up being a very popular app. Disney will be offering a range of exclusive content, it could be a hit with Star Wars an Marvel fans.

The streaming marketplace is about to get more crowded with the launch of this new service from Disney and also a new Apple TV+ service which is coming from Apple later this year.

Thrilled to share a first look at Disney+ with you! pic.twitter.com/iiqjFjaNra