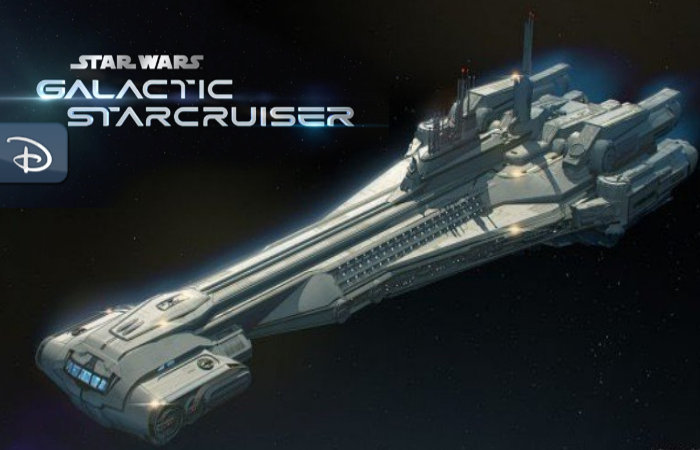 Disney has announced a new two night excursion, adventure that will be opening next year at the Walt Disney World Resort allowing you to experience the Star Wars universe on never before seen with a stay in the Star Wars Galactic Starcruiser hotel. The Star Wars immersive adventure will allow you to enjoy your very own “Epic Star Wars Story“.

Operate the ship’s navigation and defense systems under the crew’s guidance. Experience the traditional art of wielding a lightsaber and put your skills to the test. Each cabin features its own window into space with a view of spectacular ships and galactic sights. 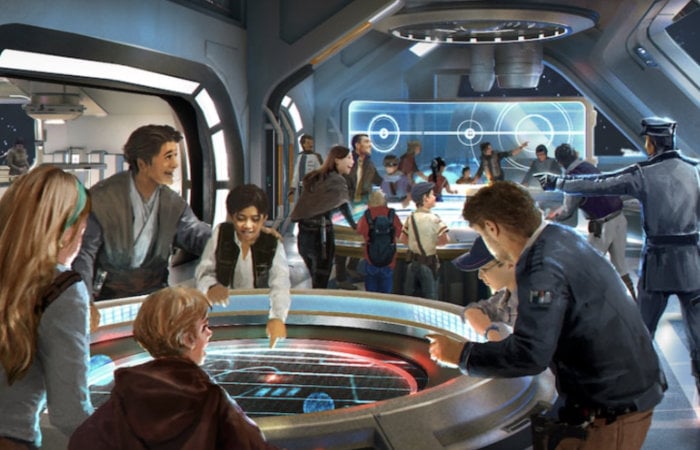 Sip a drink in this stylish lounge, a warm and inviting retreat for passengers of all ages. Enjoy unforgettable meals in a setting known throughout the galaxy for first-class cuisine and intriguing conversation. Embark on an excursion to the exciting Black Spire Outpost on the planet Batuu. Take the controls on a thrilling interactive mission at Star Wars: Galaxy’s Edge. Join a climactic battle against the First Order at Star Wars: Galaxy’s Edge.”

With Disney describes the Star Wars Galactic Starcruiser experience as “part live immersive theater, part themed environment, part culinary extravaganza, part real-life role-playing game” and everyone working on the “ship” will be in character the entire time guests are on-board. Although pricing will be at least $4,809 for a 2-night voyage in a standard cabin.

“Once inside, guests will encounter “story moments,” wherein they’ll play a real-life choose-your-own-adventure type of game, wherein they can decide how their story will unfold. They can, for instance, choose to follow the First Order or join the Resistance, choose to join a smuggling ring or to aid a stowaway” explains M. Moon from Engadget. 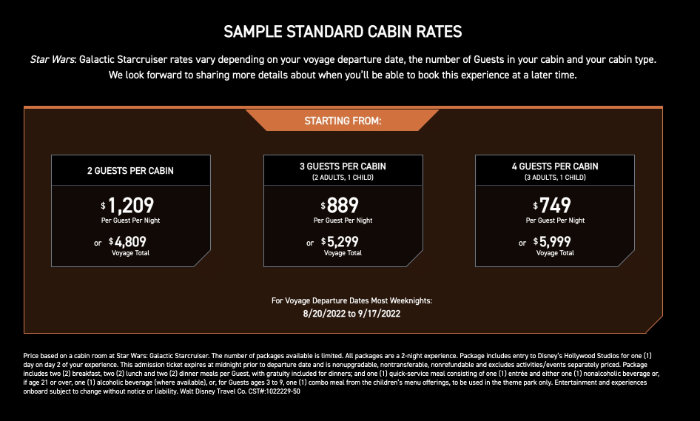