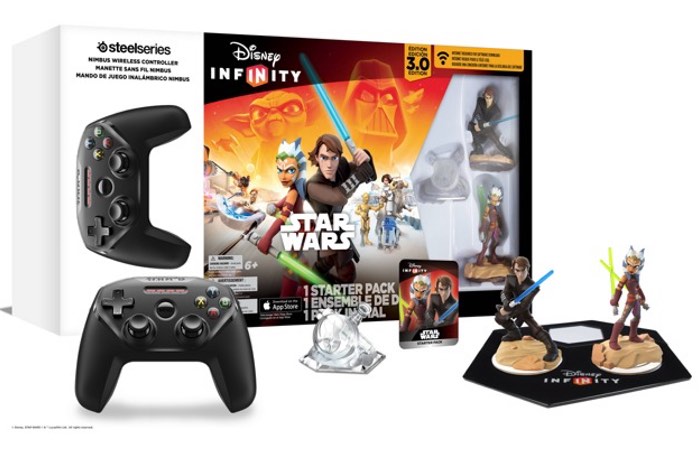 Included in the Star Wars bundle of the Ahsoka Tano and Anakin Skywalker Star Wars figures together with a Star Wars Twilight of the Republic Play Set piece and a Disney Infinity 3.0 Edition base with Bluetooth.

The new Disney Infinity bundle also includes a SteelSeries Nimbus Wireless Gaming Controller, which is the very first controller designed to be used with Apple TV and its games.

The Disney Infinity 3.0 Edition Starter Pack delivers epic adventure via Apple TV. It gives you the freedom to create your own games and play as some of your favorite Star Wars, MARVEL, Disney, and Disney Pixar characters.

For more information jump over to the official Apple website for full details and the ability to purchase the new Disney Infinity 3.0 Edition Starter Pack which is priced at $99 via the link below.