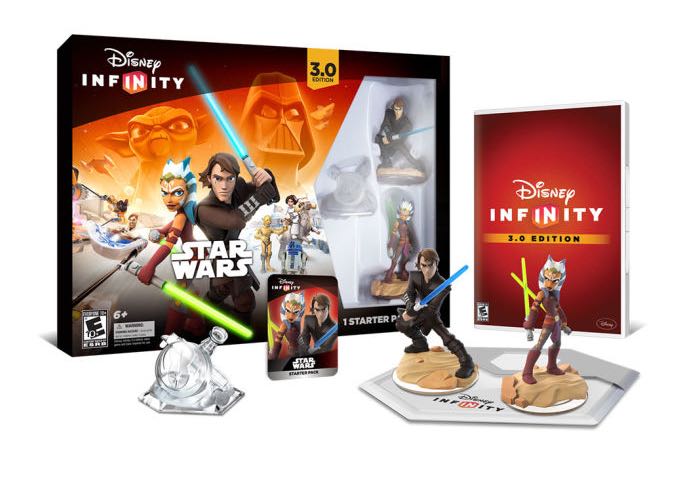 Disney has today unveiled the launch date for its new Disney Infinity 3.0 Play Without Limits will be available to purchase August 30th in the US and two days earlier in Europe from August 28th and will be available for PS3, PS4, Xbox 360, Xbox One & Wii U in 2015.

The new Star Wars characters will be available to purchase priced at £50 or $64.99 for the Star Wars: Twilight of the Republic Starter Pack that comes with Clone Wars-era Anakin Skywalker and Ahsoka Tano figurines.

Disney Infinity 3.0 will cover the Clone Wars, original trilogy, and eventually the upcoming Episode 7 movie that is set to launch towards the end of this year. Pre-order the Disney Infinity 3.0 Edition Starter Pack and you’ll receive Toy Box Takeover thats normally priced at £15.23 / $19.99 for free.

Disney Infinity 3.0 : Play Without Limits now welcomes Star Wars to the ever-growing collection of Marvel, Disney and Disney•Pixar characters, stories and worlds. This year, Join Forces with some of your favourite characters as you play in their galaxies in story-driven adventures inside Play sets or create your own universe in the Toy Box! Disney Infinity is the only game franchise where fans can play with Disney, Disney Pixar, Marvel and Star Wars characters together in one experience.

Content that will be available to purchase on launch day will include :