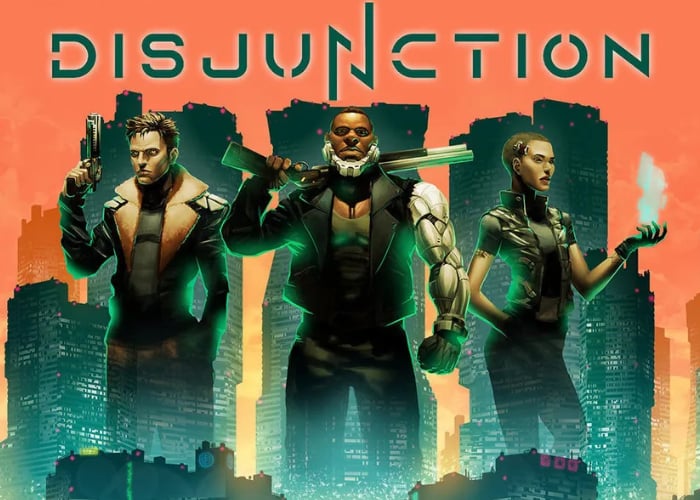 Erwan LeCun Team Lead at Ape Tribe Game has taken to the official PlayStation Blog to reveal more about the new stealth-action RPG game Disjunction which will be launching on the PlayStation and Xbox platform later this month.

“If you didn’t already know, Disjunction is set in the dystopian underworld of 2048 New York City that tells the interconnected story of three playable characters. The game was developed by myself and my two brothers here at Ape Tribe Games. We’re all huge fans of games like Deus Ex and classic sci-fi movies, and wanted to create a game with deep RPG systems, cybernetic abilities, plenty of player choice, and adrenaline-pumping stealth-action gameplay.”

“Disjunction takes place in the year 2048, in a New York City barrelling into the future, yet plagued by social unrest. Megastructures soar overhead, cybernetic implants are commonplace, and security robots patrol the perimeters of powerful corporations. On the other hand, crime has skyrocketed, climate change has forced the construction of an enormous flood wall surrounding the city, and Central Park has been converted into an autonomous shanty town. The technological advances of the future are enormous, but they haven’t been spread evenly across society.”