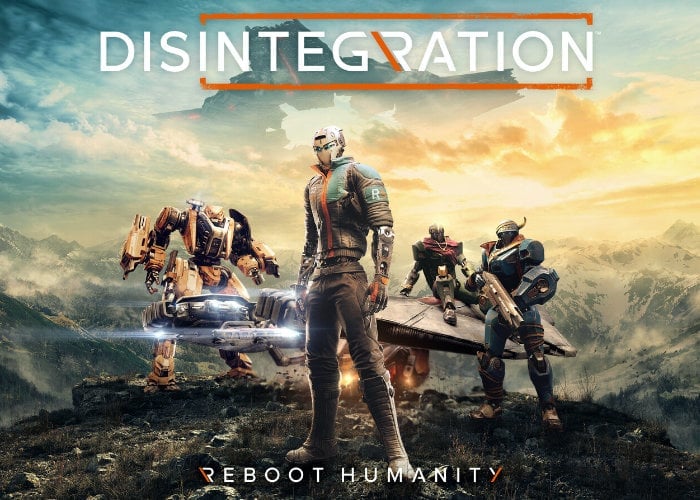 Gamers patiently waiting for the arrival of Disintegration, the new science-fiction first person shooter with real-time strategy elements. Will be pleased to know that it is now available to purchase on the PC via Steam, PS4 and Xbox One. Developed by V1 Interactive and published by Private Division, the new game has been created by a independent development studio founded by Marcus Lehto, the co-creator of Halo.

“Disintegration brings new depth to the FPS genre by adding real time strategy elements over a riveting single-player campaign. The game also features an array of options in multiplayer with the ability to select from nine unique “Crews” to pilot over three frenetic game modes.”

“Disintegration delivers an entirely new type of gameplay experience by blending real-time tactical elements in a first-person shooter. Set in a world on the brink of disaster, humanity turns to a process known as Integration, in which a human brain is transferred to a robotic armature to survive. A ruthless legion known as the Rayonne emerges and imposes the once optional process of Integration onto the rest of humanity to consolidate their power.”

“In the single-player campaign, immerse yourself in the story of the outlaw leader, Romer Shoal. Romer narrowly escapes the clutches of the cunning and maniacal Black Shuck, who leads a massive Rayonne faction over what was once North America. Shuck’s ominous, autonomous army scour the continent, hunting and eliminating any remaining traces of humankind. It is up to Romer and his crew to carefully execute intense, guerilla style attacks with the hopes of rescuing and saving the few remaining asylum seekers.”