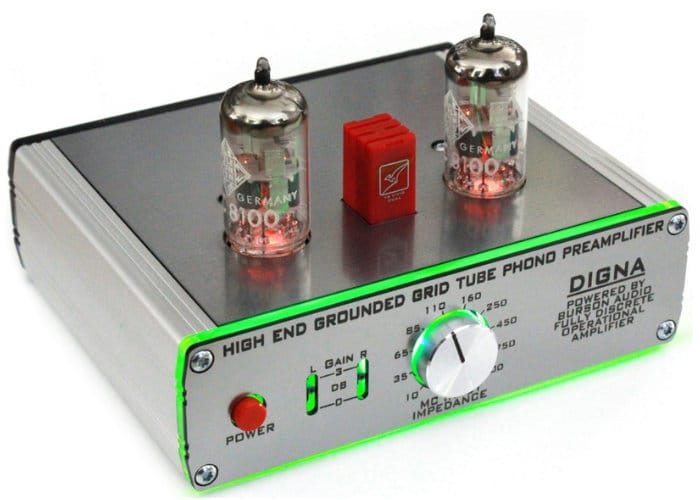 Music aficionados searching for a new project to keep them busy one weekend may be interested in a new preamplifier DIY kit created by Juergen Grau based in Rohrbach, Germany. Check out the video below to learn more about the DIGNA High End Phono which has this week taken to Kickstarter to raise the small amount of capital required to take the project into production.

Equipped with two Nixie tubes and after several months of extensive research and development the DIGNA has been released to add competition to the most expensive phono preamplifiers on the commercial market. It’s creator explains a little more about the features and functions of the DIGNA. “The price-performance ratio of the DIGNA can be described only as “galactically” after various listening tests against established high-end top dogs and is absolute unique on the market. “As in the meantime my Mr.Nixie Superb Phono has become established as an insider’s tip in audiophile quarters, they called for some additional features, like an easy adjustment of the matching impedance and capacitance to the cartridge. At the same time even higher demands on acoustical performances were formulated, which results in the development of an independent sonic reference.”

For full specifications and a list of all available pledges jump over to the official Kickstarter campaign page by following the link below to learn more about the DIGN preamp kit which is powered by Burson Audio fully discrete operational amplifier.