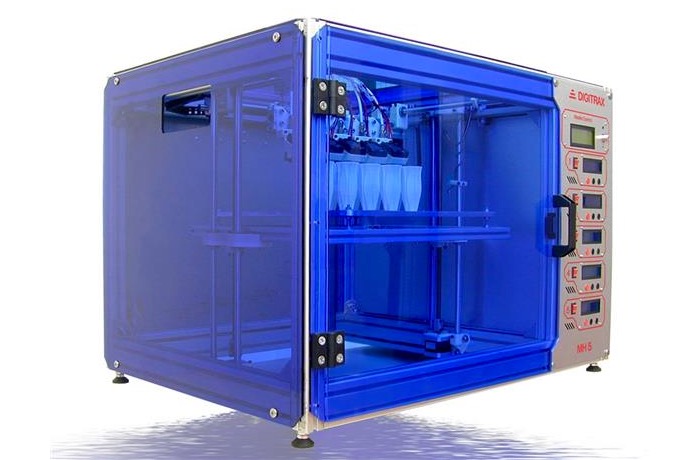 Digitrax 3D the 3D printer manufacturer based in Ho Chi Minh City, Vietnam, has unveiled a new addition to their range of printers with the launch of the Digitrax MH5 that is fitted with a 5 extruder printing head, allowing 5 prints to be created in one pass.

The Digitrax MH5 3D printer offers a build volume of 28 x 28 x 20 cm that will accommodated all five objects you are printing. Check out the video below to see the Digitrax MH5 in action and learn more. 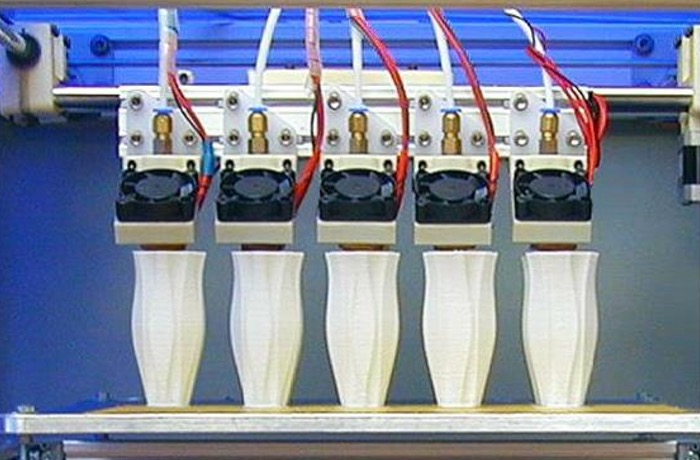 The firmware of the Digitrax MH5 3D printer allows users to control the extrusion temperatures for each of the five extruders by an LCD interface. Enabling you to print five objects using different types of filament and printing temperatures in one pass. For example you could print one object in ABS and the other in PLA or a range of different colours. Specifications for the Digitrax MH5 include :

Digitrax 3D has also announced that they are currently in the process of developing larger 3D printing machines which will allow you to create even more objects or larger objects using the five printer head set up. Unfortunately no information on pricing has been made available at the current time but as soon as more details are announced we will keep you updated as always.