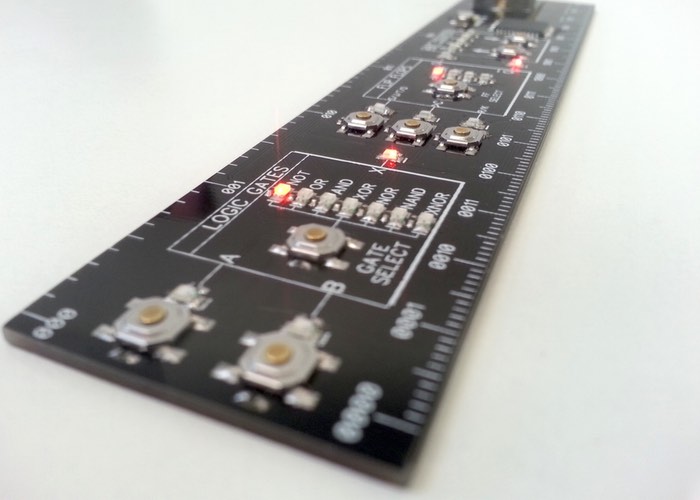 Makers, developers and hobbyists may be interested in a new interactive binary ruler that has been created by Bradley Slattery.

The 15 cm ruler is equipped with seven logic gates, 4 x flip-flops and a four bit binary counter. Watch the video below to learn more about the binary ruler which has taken to Kickstarter to raise the funds required to make the jump into production.

The ruler divisions are given in binary format with imperial units at the top and metric at the bottom.The rear of the ruler shows the truth tables for the logic gates and flip flops and also includes a binary conversion chart, some surface mount component footprints and some PCB drill hole sizes.

The DigiRule is a 15cm (6″) interactive binary ruler. Not only does it allow you to draw straight lines – it also has the following built in digital functions:

The DigiRule interactive binary ruler is now available to back over on Kickstarter with pledges starting at just $20 via the link below.