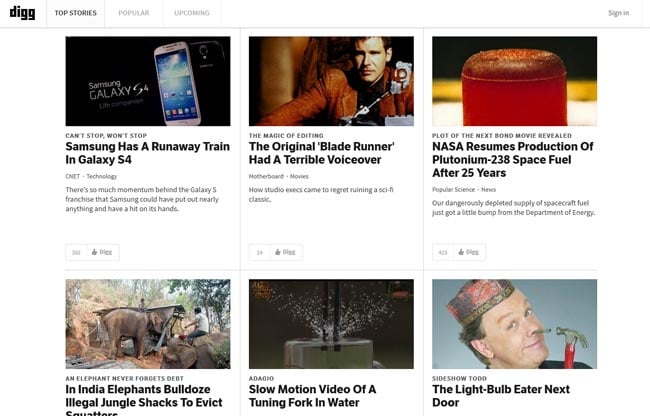 We’ve heard people say that RSS is a thing of the past, and perhaps in its current incarnation it is, but as daily (hourly) users of Google Reader, we’re convinced that it’s a product worth saving. So we’re going to give it our best shot. We’ve been planning to build a reader in the second half of 2013, one that, like Digg, makes the Internet a more approachable and digestible place. After Google’s announcement, we’re moving the project to the top of our priority list. We’re going to build a reader, starting today.

It will be interesting to see if Digg can build an RSS reader that is good enough to replace the Google Reader version that is being discontinued in July, as soon as we get some more details we will let you guys know.

Source  Digg, The Next Web