Digg the popular news aggregator has a new project in the works, the company is testing out original content on Digg.com, this was discovered by TechCrunch, and has now been confirmed by Digg.

Digg normally shares stories from other sites, and now they are trying their hand at producing their own content, with ‘Digg Original’. 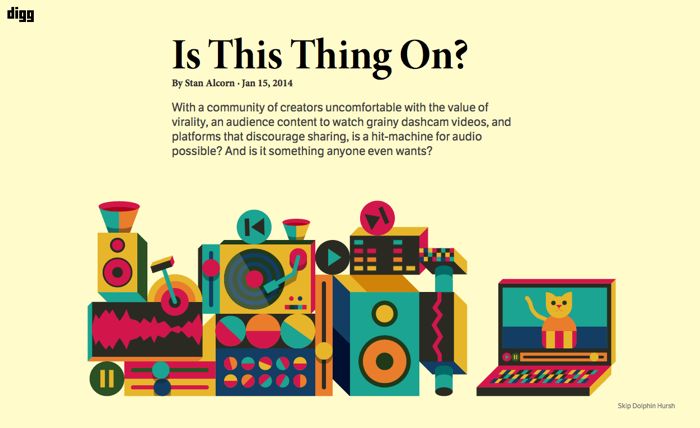 According to Digg’s Creative and Editorial Director, David Weiner, Digg Originals are still in the experimental phase. “We look at Digg as having the potential to be like any other editorial outlet that features freelancer content,” he says. “This was a piece we commissioned to be written for Digg, so there was never any question of where else this could live.”

It certainly sounds interesting, and could end up being popular, as Digg already has a large captive audience with its many Digg users.

Head on over to Digg at the link below and have a look at some of the Dig Originals, it will be interesting to see how this is developed in the future.