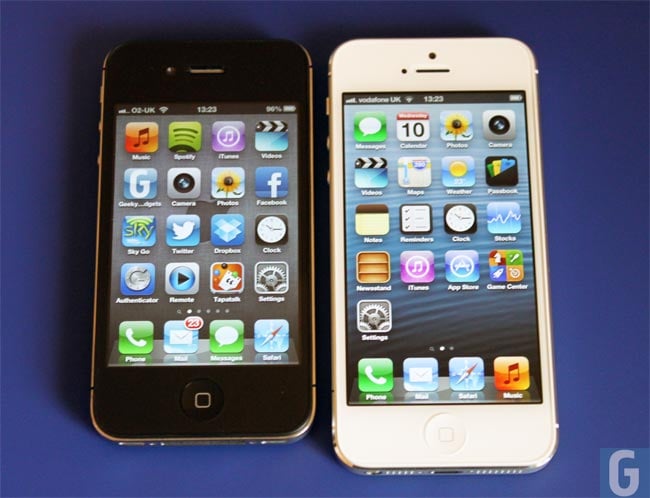 The iPhone 5 is also lighter than the iPhone 4S, weighing in at 112 grams as opposed to 140 grams for the iPhone 4S, it is also Apple’s first smartphone to come with a 4G LTE connection.

The main difference between the iPhone 4S and the iPhone 5 is the screen, the iPhone 4S feature a 3.5 inch Retina display with a resolution of 960 x 640 pixels at 326ppi.

The new iPhone 5 features a 4 inch Retina display with a resolution of 1,136 x 640 pixels at 326ppi, and it features a widescreen 16:9 aspect ratio, on top of that WiFi has also be upgraded on the iPhone 5.

Both devices come with Bluetooth 4.0 and GPS and GLONASS, and the iPhone 5 features either GSM Edge or CDMA, the same as the iPhone 4S, but the new iPhone 5 also comes with DC-HSDPA and 4G LTE. 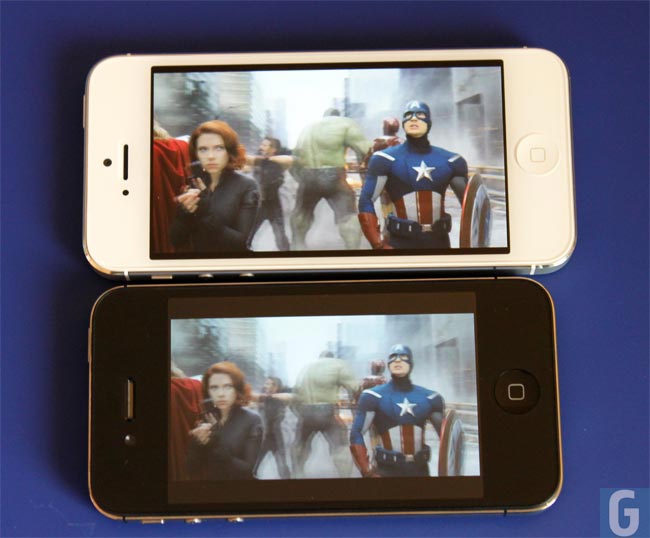 Both devices come with an 8 megapixel camera with tap to focus, auto-focus, an LED flash, a backside illumination sensor, a five element lens and face detection.

Video recording on the iPhone 5 is slightly different, and new features over the iPhone 4S include improved image stabilization, face detection and the ability to take photos whilst in the middle of recording a video.

There is a price difference between iPhone 4s and 5, the SIM free prices are as follows, the iPhone 4S is available for $549 SIM free, it is also available on contract with a number of carriers.