Blizzard has released a new short animated movie called Wrath, to promote its new Diablo III game launching on May 15th. The short animation tells the story of the games conflict between the angels and demons.

Wrath is the first time Blizzard has commissioned a 2D animation to promote one of its games and concentrates on one for the angels Imperius from the game had its encounters with one of the main demons, Diablo. Enjoy! 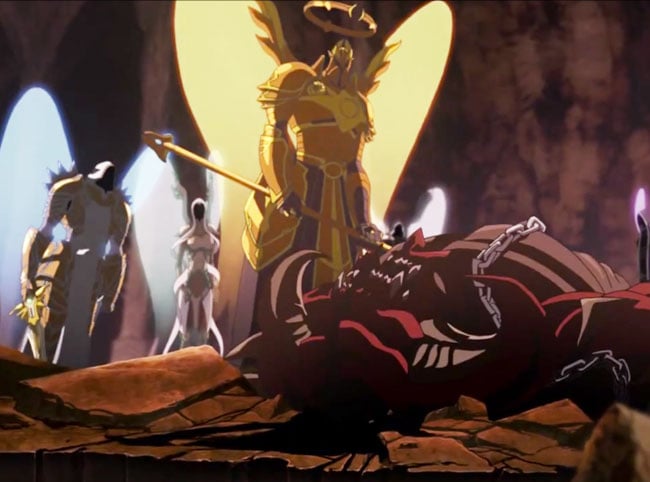 “Long before the creation of Sanctuary, the Eternal Conflict between angels and demons raged on for untold millennia. Blizzard Entertainment teamed up with renowned director Peter Chung and acclaimed animation studio Titmouse to create this unique vision of a fundamental moment in the battle between the High Heavens and the Burning Hells.”