Gamers looking forward to the player vs player (PvP) arenas in the new Diablo III game launching on 17th of April, and currently under development by Blizzard Entertainment. Will be disappointed to learn that the new Diablo 3 PvP features will not be available at launch.

Instead Blizzard will be looking to add the PvP arenas to the game in a patch that will be launched at a later date yet to be announced. 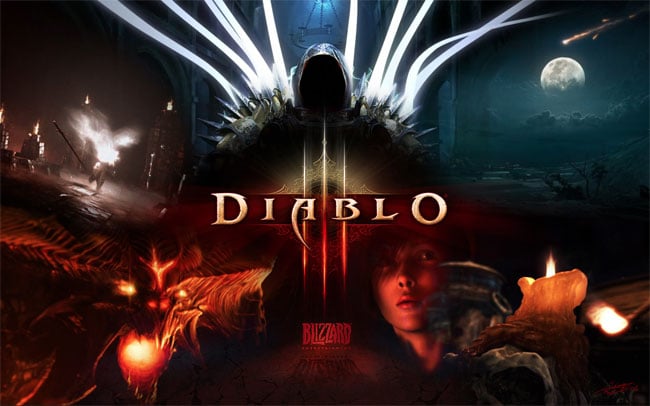 Even after five years of development the new Diablo III game which has already fallen a behind its original launch date will not include the PvP features many are looking forward to playing. Blizzard explains:

“As we’re counting down the days until we’re ready to announce a release date for Diablo III, we’ve come to realize that the PvP game and systems aren’t yet living up to our standards. Today, we wanted to let you know that we’ve made the difficult decision to hold back the PvP Arena system and release it in a patch following the game’s launch.

When the PvP patch is ultimately ready, it will add multiple Arena maps with themed locations and layouts, PvP-centric achievements, and a matchmaking system that will help you and your team get into fairly matched games quickly and easily. We’ll also be adding a personal progression system that will reward you for successfully bashing in the other team’s skulls.”