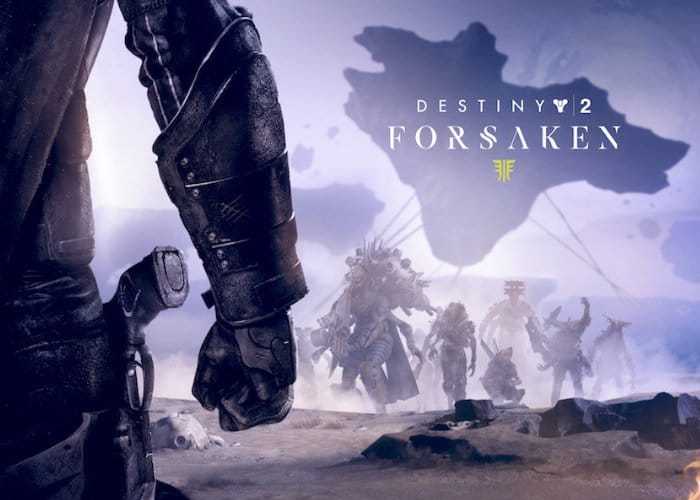 Destiny 2 players patiently waiting for the arrival of the new Forsaken content that will be available to enjoy from September 4th, 2018 onwards. Check out the trailer below to learn more about what you can expect from the new gear and weapons arriving in the latest expansion for Destiny 2. Don’t forget you will need a copy of Destiny 2 and the previous two expansions to be able to enjoy the content within Destiny 2: Forsaken.

“Guardians everywhere will need to gear up if they aim to take down Uldren and his Barons. Here’s a sneak peek at some of the new loot coming in Destiny 2: Forsaken. The enemy doesn’t stand a chance when you have a bow that lets you see through walls, or a dual-firing rocket launcher which are amongst many of the new, exciting weapons and armour. Lock and load, Guardians. The hunt is on.”

“The Reef has fallen to lawlessness, and now the most-wanted criminals in the galaxy – the Barons & Uldren Sov – have organized a jailbreak at the Prison of Elders. You and Cayde-6 have been sent in to bring law and order back to the embattled facility, but things do not go to plan. Facing insurmountable odds, Cayde-6 ends up paying the ultimate price. Beyond the Vanguard’s authority, you’ll venture into the Reef alone and take justice into your own hands. Explore new regions, awaken new powers, earn a wealth of new weapons, and uncover lost Awoken secrets.”