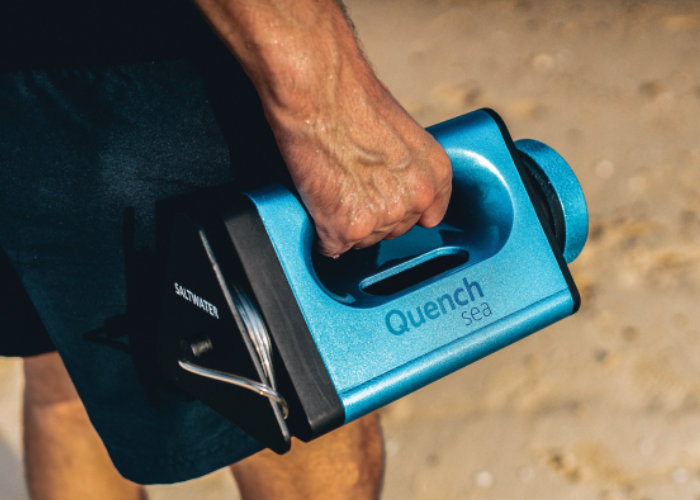 The compact QuenchSea as a small portable seawater desalinisation unit that is capable of converting seawater to freshwater. The low-cost survival tool has been developed by Hydro Wind Energy based in London and is now available from $59 or £47 via Indiegogo. If all goes to plan worldwide shipping is expected to take place during February 2021.

“Be Prepared For Any Emergency – At sea or on the coast, convert seawater into clean fresh drinking water instantly QuenchSea can be a vital lifeline offering emergency access to clean water in the worst-case scenario.” 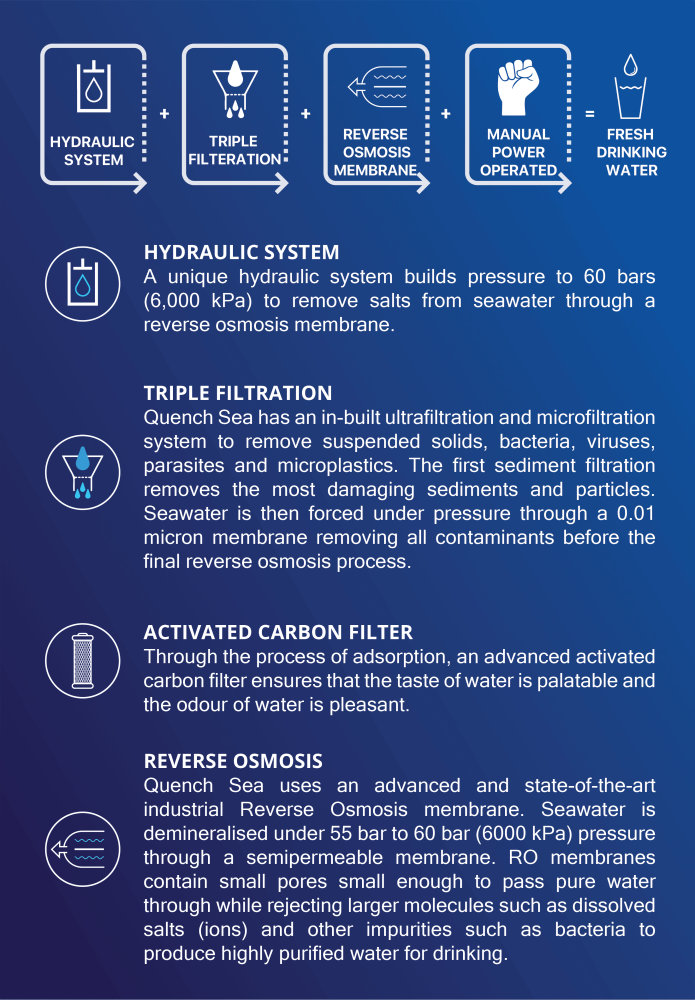 “QuenchSea is primarily developed to help make an impact on the lives of people with no access to clean water. We are trying to reach economies of scale to reduce the costs to donate and distribute 100 million QuenchSea units by 2027.” 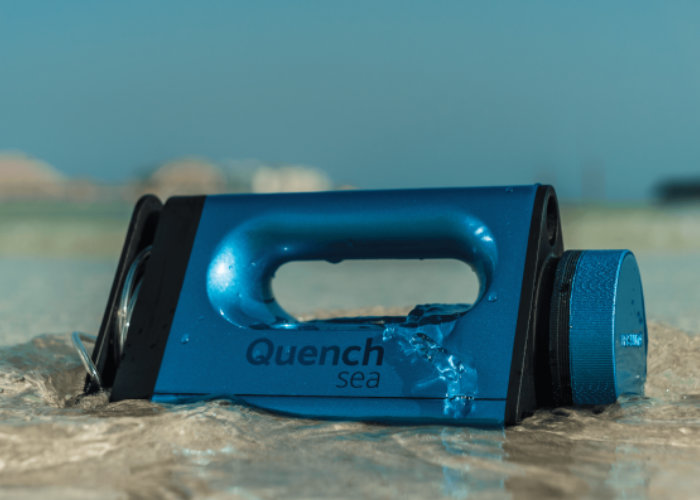