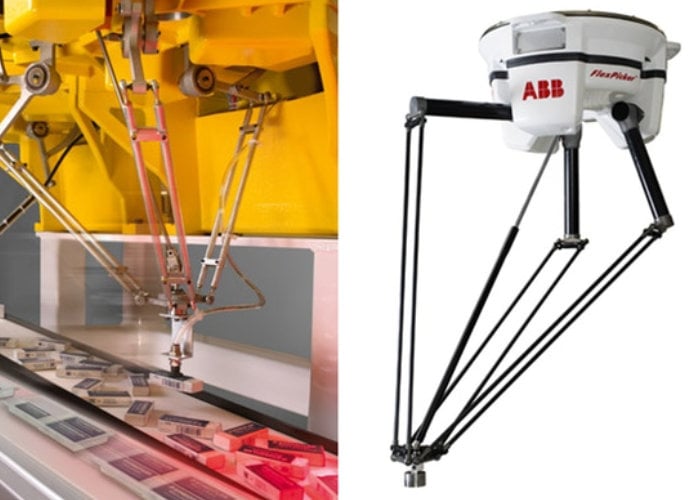 After previously being unveiled earlier this month the Delta X open source delta robot kit has now launched via Kickstarter offering open source hardware, firmware and software for the community. Watch the demonstration video below to learn more about the Arduino powered 3D printed open source robot kit which is now available from €179.

The Delta X offers both a complete desktop robot and a modular kit and can be combined with a range of end effectors to complete a wide variety of different applications, offering increased speed and flexibility when compared to other robotic arm kits on the market.

The development team at INWI explain a little more about the inspiration behind the robot and its design. “In the current industrial robots, delta robot is the champion of execution speed. There have been many startups that create desktop robot models simulating the shapes and outstanding features of the industrial articulated arm robot. However, no one has ever done it with the delta robot. The delta robot really intrigued us of its speed and versatility. We therefore created the Delta X – a robot project for the community. Delta X is the world’s first open source delta robot kit with mechanical hardware designed for easy 3D printing and assembly. The firmware is optimised to be able to run on the Arduino board. All electric components are common for community.”

For more specifications and a complete list of all available robot kits jump over to the official Kickstarter project page. If all goes to plan worldwide shipping is expected to commence sometime around April 2020.