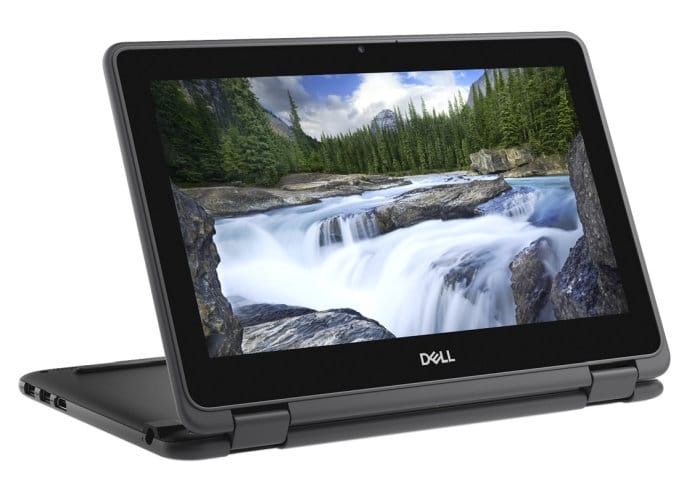 Dell has this week announced the availability of its new education 2-1 notebook in the form of the Dell Latitude 3190 which is now available to purchase priced from $239 upwards. The new system is available in both a standard laptop and 2-in-1 design and is equipped with an 11.6 inch display offering users a resolution of 1366 x 768 pixels and an anti-glare display.

The tablet version of the Latitude 3190 is equipped with a touchscreen display supporting Active Pen interaction and is protected by rugged Gorilla Glass. Internally both systems are equipped with options to install Intel Celeron and Pentium quad-core processors which can be supported by up to 8GB of DDR4-2400 RAM.

Storage is provided in the form of 64GB eMMC or 128GB/256GB SSD and both are equipped with a 42 Whr battery and connectivity in the form of 802.11ac WiFi and Bluetooth 4.2 technology. Connections include HDMI and 2 x USB 3.01 Type-A ports. With a fully charged battery Dell expects the convertible to provide up to 12 hours of use with the standard laptop providing a massive 15 hours. Both Dell Latitude 3190 notebooksCome supplied preloaded with Microsoft’s Windows 10 Pro in S Mode and both should be available throughout the United States from August 2nd 2018. The Dell Latitude 3190 2-in-1 system will be priced starting from $299.