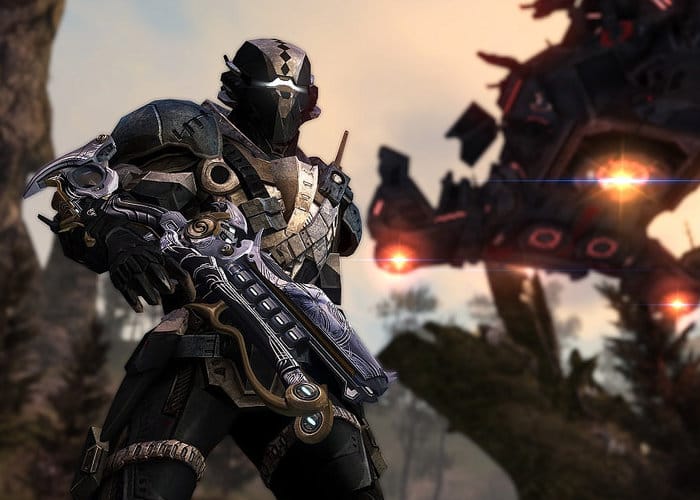 After being made available to founders earlier this week the new Defiance 2050 team created by Trion Worlds will be launching to all tomorrow on July 10th, 2018 onwards. Play as one of many unique classes in the free-to-play “futuristic cooperative online shooter” which will be available to play on Xbox One, PlayStation 4 and PC systems offering a remake of the original game offering “larger-scale action” and built to take advantage of the newer consoles extra processing power and performance.

“Each class in Defiance 2050 has impactful abilities and passive effects to help you kick the shtako out of your enemies. Create your own Ark Hunter and choose between classes ranging from the all-around Assault, deadly Assassin, supportive Combat Medic, relentless Guardian, and explosive Demolitionist. Select one base class for free, or grab a pre-order pack to play as a Demolitionist. Keep in mind you can unlock classes through gameplay, and you can quickly swap between classes, loadouts, and respecs for free. We want players to customize and experiment as they embark into a massive post-apocalyptic world filled with alien-infused weapons, gear, and arkfalls that will crash to the earth as you play through the story of Defiance.”

For more information on the new Defiance 2050 game jump over to the official PlayStation blog where Scott “Mobi” Jasper Defiance Community Manager at Trion Worlds reveals more details on each of the classes you can currently play in the new upcoming Engineer and valiant Crusader classes but are still under development at the current time and will be ready to release at a later date.t