Deezer has announced that it has signed a deal with Samsung, LG and Toshiba to deliver music content to smart TVs in the UK, Deezer already has a deal with LG for some of their smart TVs and the service will now be expanded to more LG devices as well as devices from Samsung and Toshiba.

The service will mainly be available in Europe initially and it seems it will only be available to certain devices at the start, and obviously Deezer will plan to roll out their music streaming service to more smart TVs in the future. 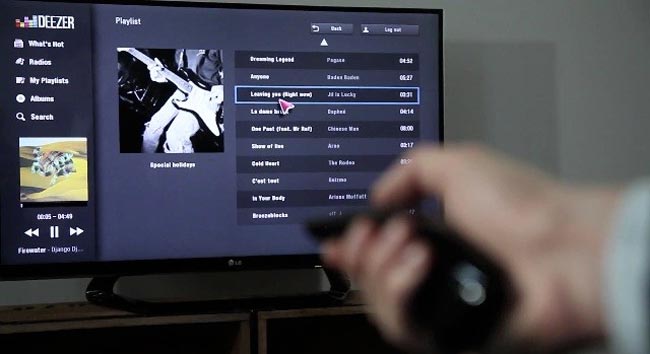 Deezer has plans to expand their music streaming service to smart TVs in over 150 countries around the world, there are no details as yet on exactly when Deezer will be available in the US.