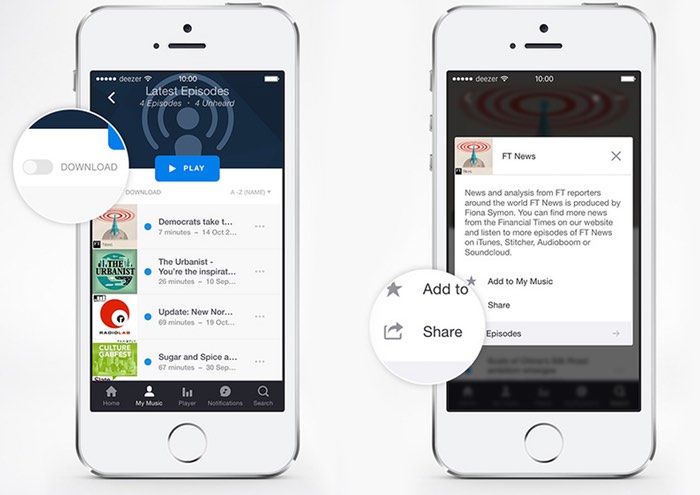 Today Deezer has rolled out new updates for its Android, iOS and web applications that have brought with them a number of great features including off-line playback.

As well as adding the ability to listen to music whilst not connected to the Internet, Deezer has also added 20,000 new pod casts and radio shows to its streaming audio service for worldwide viewing. 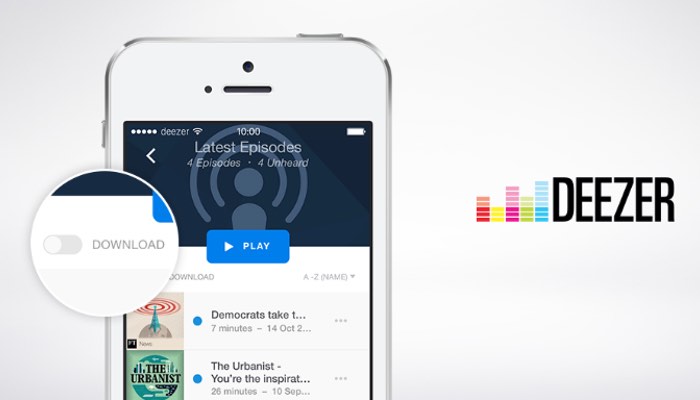 Deezer has also launched its service in five new countries this week that include Germany, Brazil, Mexico, Spain and Colombia. Although Spain and Colombia will receive the most recent updates in the near future.

–     New offline mode – Download favourite shows and listen offline, anytime Wi-Fi or a data connection isn’t available (Premium+ and mobile only).
–     Create and manage playlists – Listen to the latest episodes of shows in your library sequentially as a playlist.
–     Social sharing – Share favourite podcasts with friends on Deezer or via social media, including Twitter and Facebook.

The latest additions have now expanded the Deezer library to contain more than 40,000 programs for users to enjoy and has today reported the addition of talkSPORT, Bayerischer Rundfunk, France 24 and Braincast from Western Europe and Latin America to its list of partners which already includes NPR, Financial Times, Panoply, WNYC, This American Life and CBS Radio News to name a few.